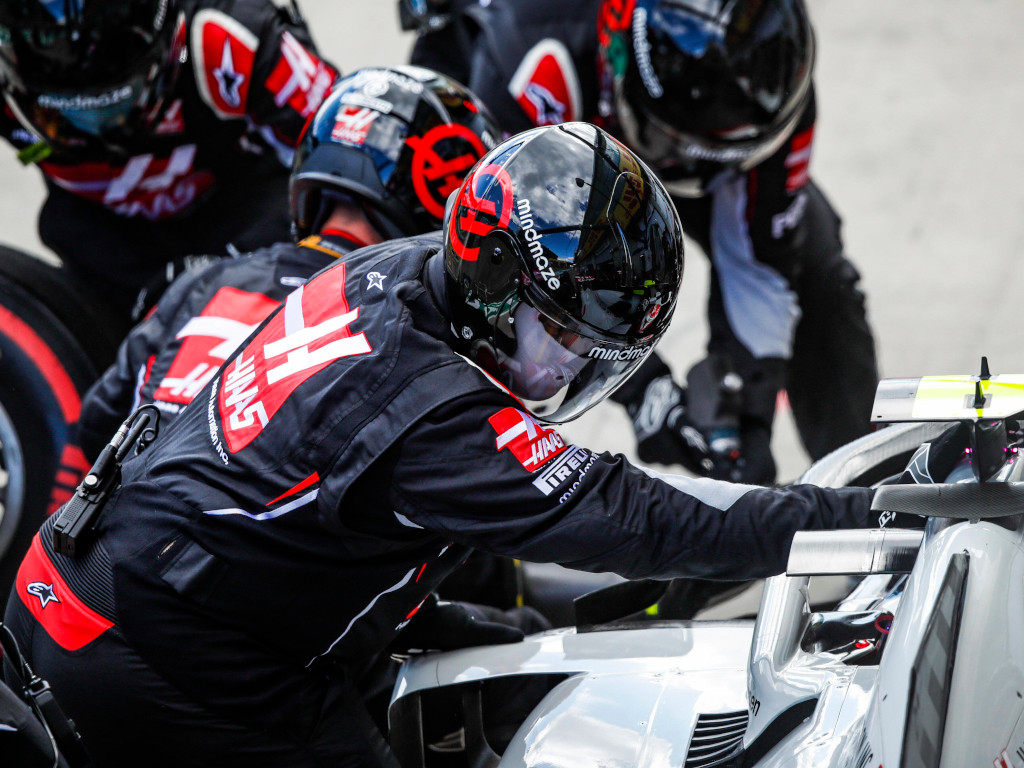 Haas “would do the same thing again” that they did in Hungary, issue instructions on the formation lap, instructions that helped Kevin Magnussen score a point.

Haas got off the mark last time out at the Hungaroring after a well-timed decision to swap tyres on the formation lap.

However, that, or at least the instruction to do so, was against the rules.

Lining up for the formation lap on the wet tyres, Magnussen and his team-mate Romain Grosjean were told by Haas to pit for slicks.

That, though, was a breach of Article 27.1 of the FIA Formula One Sporting Regulations, which relates to “driver aids during formation lap”.

“Having considered the matter extensively, the stewards determined that the team instructed the driver to pit,” the stewards ruled.

“The team could not prove that one of the exemptions made under paragraph A. 2. a) to g) of the Technical Directive 011-17 was applicable.

“Therefore, the stewards consider there is breach of Art. 27.1 of the Sporting Regulations, that the driver must drive the car alone and unaided.”

The two were both hit with 10-second time penalties after the race, dropping Magnussen from ninth to tenth while Grosjean finished P16.

BREAKING NEWS: The FIA has confirmed both Haas Formula 1 drivers Kevin Magnussen and Romain Grosjean will have ten-second time penalties applied to each of their respective race times for a breach of the FIA Sporting Regulations. #HungarianGP #Formula1 #F1 pic.twitter.com/4lAb28V5J2

However, without that call being made, it would have been unlikely that Magnussen, who qualified 16th for the race but was up to third by the end of the second lap thanks to that pit stop, would have scored.

“For sure we would do the same thing again,” said the Austrian.

“The 10 second penalty was a little bit ambiguous. Unfortunately, we cannot appeal it because it’s a time penalty – you’re not allowed to appeal those ones.

“It was never done before, and it looks like if it’s never been done before – and there’s no clear regulation, you get a penalty.

“We need to move on from this, but for sure it spiced the race up for everybody.

“I don’t think we should stop doing these things in racing, otherwise accountants can race in Formula One.”