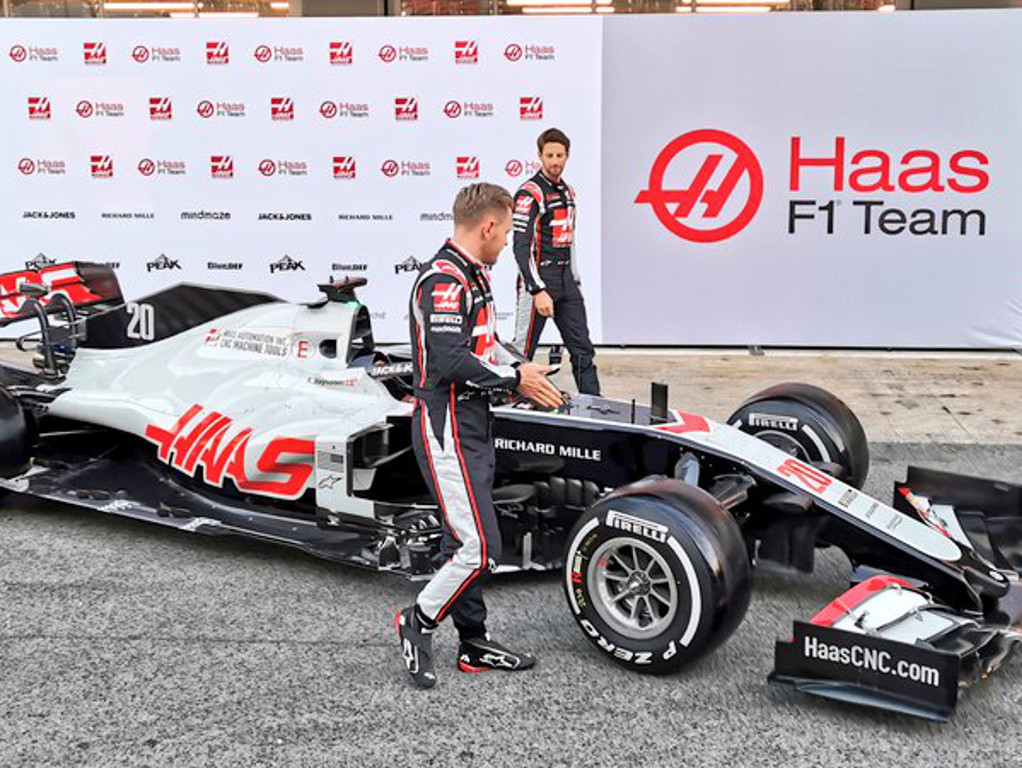 Haas, who had already introduced us to its new-for-2020 livery in an online reveal, showed off its new car in the Barcelona pit lane on Wednesday morning.

Kevin Magnussen and Romain Grosjean took the covers off the VF-20 with its black, grey and red colours.

Last season Haas made history for a rather strange reason as Grosjean scored eight points, his car number, and Magnussen 20, also his car number.

They kept the team from the bottom of the log but only just in ninth place.

This year Haas are hoping for better, perhaps even a return to 2018’s P5 in the standings.

Although the VF-20 will make its official track debut on Wednesday morning, Grosjean shook down the car at the Barcelona circuit on Monday.

Take a ride on board with @RGrosjean as he took the VF-20 out for its very first lap on Monday 👌#HaasF1 pic.twitter.com/2vaGdntg9O

Magnussen will climb into the cockpit for Wednesday’s test before handing the car over to Grosjean for Day 2.