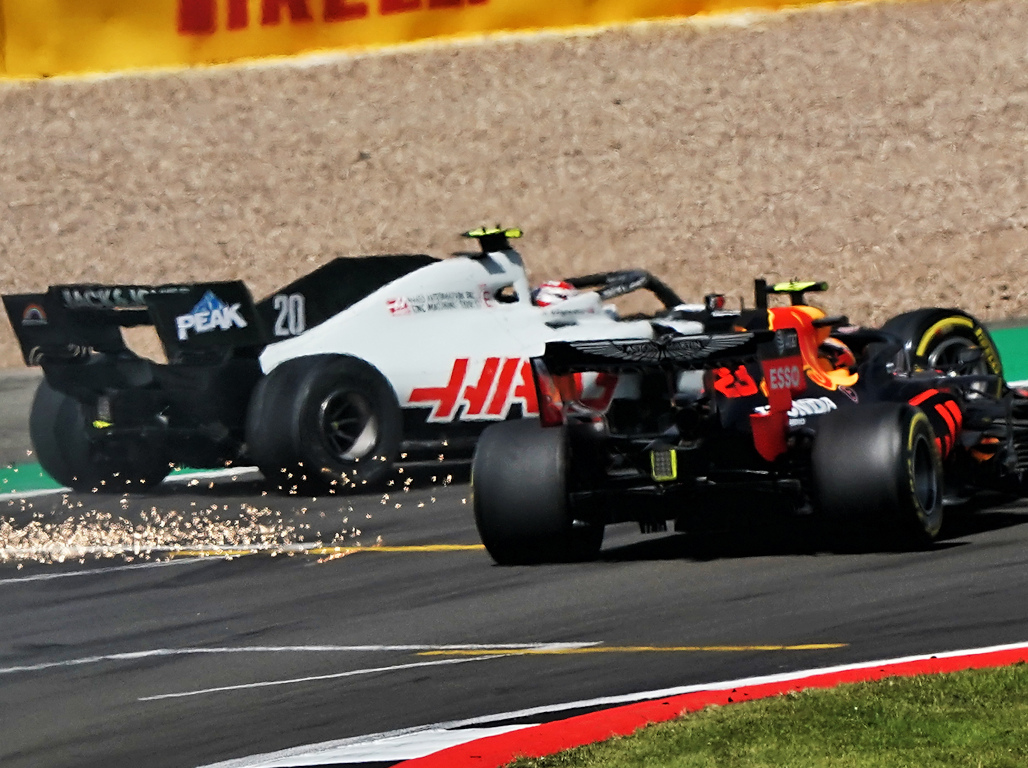 Guenther Steiner has hit out at F1’s penalty system, which he says all too often dishes out punishment that “doesn’t always fit the crime”.

Last out out at the Hungaroring, Haas lost a championship point when Kevin Magnussen was demoted from 9th to 10th for receiving instructions on the formation lap.

Haas told its drivers to pit for slick tyres as the track was drying, and both were slapped with 10-second time penalties.

Two weeks later Formula 1 was back in action, this time at the Silverstone circuit for the British Grand Prix.

Magnussen made a great start and found himself up against Red Bull driver Alexander Albon for position.

However, in their tussle, Albon went for a gap that wasn’t there and booted Magnussen off the track and out of the grand prix.

Alex Albon's nightmare weekend continues after nerfing the Haas of Kevin Magnussen off at the final corner bringing out the safety car! #BritishGP pic.twitter.com/1BH8Tu3U2s

The stewards ruled that Albon was in the wrong and hit him with a five-second time penalty.

He finished the race in eighth place, bagging four World Championship points, while Magnussen didn’t even complete a single lap.

“The penalty system is not working properly,” Steiner told Motorsport-Total.com.

“In Hungary we went into the pits before the race and punished ourselves by starting from the pit lane, yet still got a ten-second penalty.

“And here we are taken out of the race on the first lap.

“It was his (Albon’s) mistake because he was punished, but it was only five seconds and we were out of the race.”

However, Red Bull team boss Christian Horner has a different take on the penalty.

The Brit feels it was more of a racing incident that a mistake from Albon given that Magnussen ran a bit wide which opened the gap that Albon tried to take.

“Kevin’s made a mistake,” said Horner, “he’s got out wide on the kerb and Alex has sort of committed and then backed out of it.

“The five-second time penalty was probably fair at the end of the day so that’s what we got.”