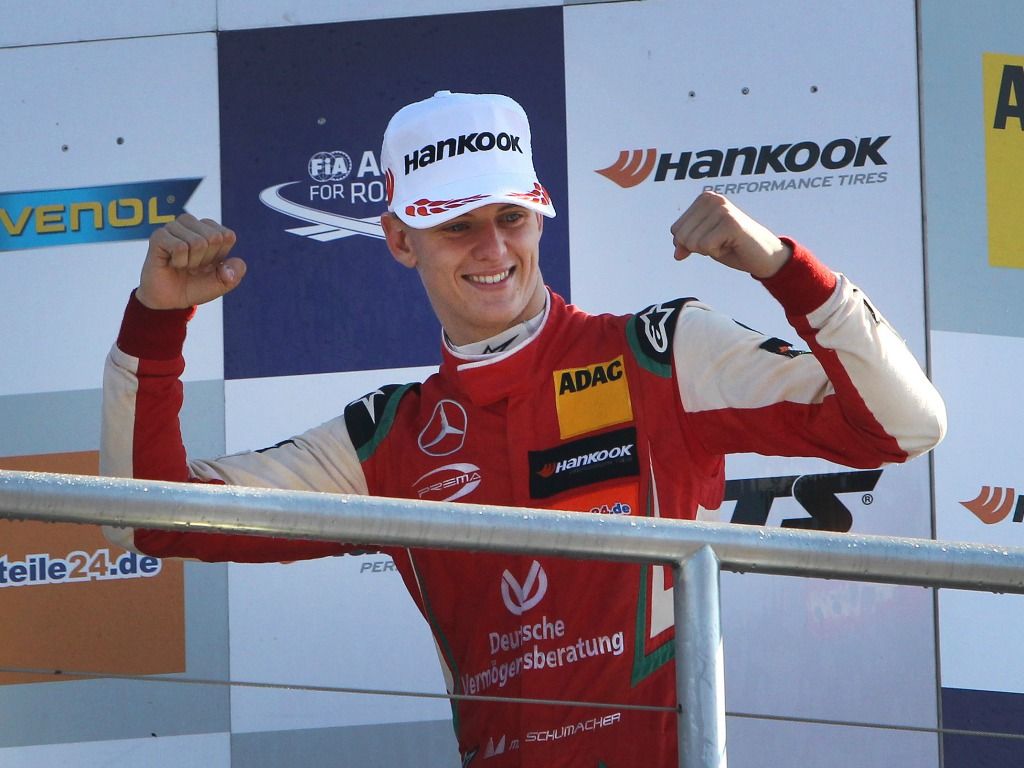 The German, who happens to be the son of seven-time F1 Champion Michael, took eight victories and 14 podiums in his title-winning season this year – and looks set to become a good bet in F1 when using various gambling sites.

The 19-year-old has earned enough points for the FIA F1 Super Licence, and has earned praise from the likes of Gerhard Berger and Toto Wolff among others.

Hamilton believes that Schumacher will make the top level of single-seater racing, thanks to a couple of major factors.

“Michael is named the greatest driver of all time, he’s got the most titles,” Hamilton said.

“So there will 100 percent be a Schumacher back in Formula 1, partly because of the name, but secondly because he’s doing a great job.

“He’s obviously got a lot of talent as his Dad had, just like Keke and Nico [Rosberg], just like when Fernando has kids I’m sure an Alonso will be here again.”

The four-time World Champion has met Schumacher on a couple of occasions, and has been impressed by his attitude.

“He’s been a part of our team a couple of weekends, I think it was last year, and he’s very attentive.

“He’s got a great talent as his Dad had so I don’t think it will be a burden in my personal opinion. I think it could be great for the sport.”

Fernando Alonso admitted that he had not met Schumacher, but that he too had been impressed. However, the Spaniard does want to apply too much pressure on the 19-year-old’s shoulders.

“You only see the results from the outside and he has a great talent and he will be good for the sport, to have the Schumacher name again in F1,” Alonso said.

“Let’s see what the future brings, not putting extra pressure on him which I’m sure he has enough already. Let time decide.”

Schumacher is yet to decide on his 2019 move, with both GP3 and F2 possible options for the German.