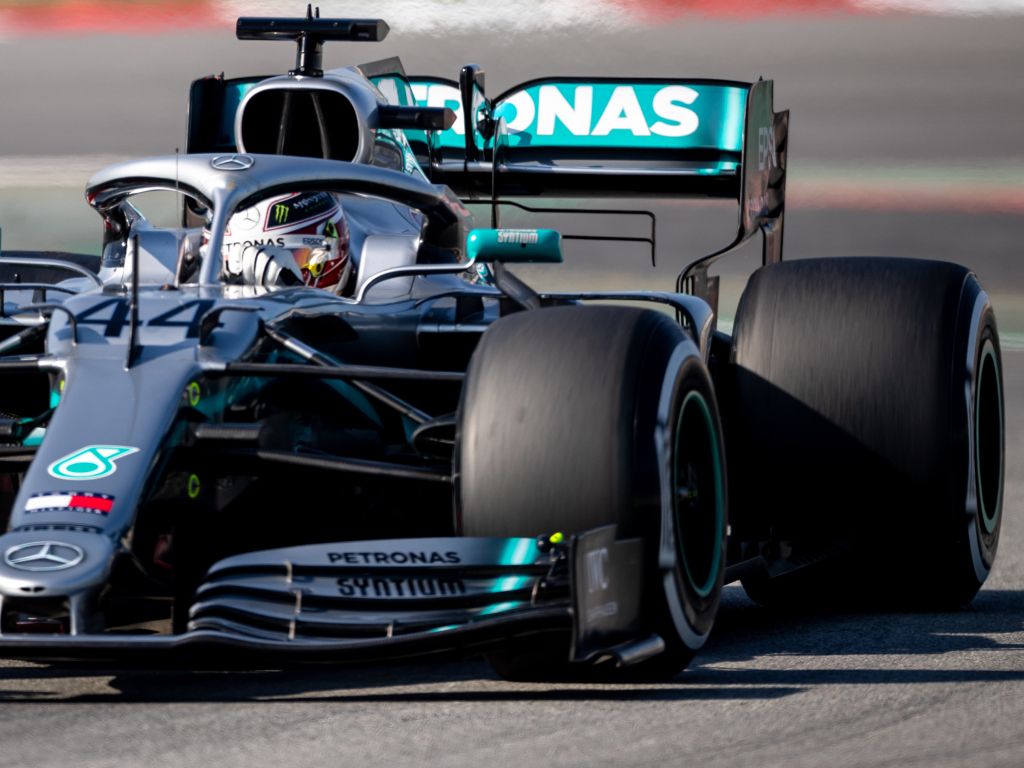 Lewis Hamilton says he doesn’t “have a lot of good things to say” about this year’s Pirelli tyres, which he feels are too hard.

Hamilton got a feel for the new tyres during the recent pre-season tests, finishing the final outing with a best time of 1:16.224.

That put him just 0.003s down on Ferrari’s Sebastian Vettel.

Like Vettel, Hamilton had the softest tyre available, the C5, bolted onto his car when he set his fastest time.

The Mercedes driver, though, isn’t impressed with this year’s modified Pirellis.

“That is why I said he concurs with me, they are a little bit hard,” said Hamilton.

“What do you want to know, if the tyres are any good?

“I don’t really have a lot of good things to say on that, so best I probably don’t say anything.

“As we get into the year, it is going to be a challenge. They are more challenging this year than they were last.

“And we have all these different names of tyres – C5, C4, C3, C2 and C1 – which is for me personally even more confusing than all the colours that we had.”

@roscoelovescoco inspecting the tyres. Yup he concurs they are too hard to bite🤣

Hamilton added: “We will get used to it, and it will be the norm.

“Valtteri [Bottas] seems to be enjoying driving the tyres out there and I will get a bit of a better feel for what the tyres are like.

“I’ve been driving on more fuel so it is never a good feeling generally in any year when you have more fuel on board.

“But we are all in the same boat and I will try to understand them the best I can.”