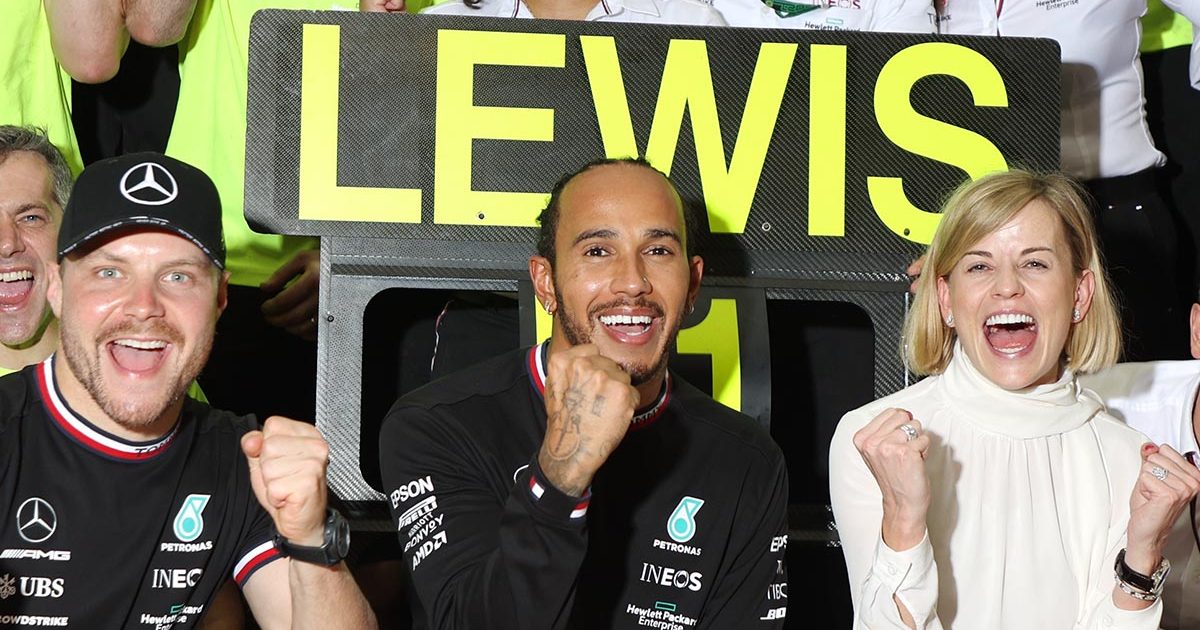 Despite his mountain of F1 records, Lewis Hamilton is “absolutely” the same person he was when he started in the sport.

Lining up on the Formula 1 grid for the first time in 2007, little did those in the paddock know that Hamilton would go onto rewrite Formula 1’s record books.

With seven Drivers’ Championship titles, 103 race wins and 103 pole positions, he is the most successful to have ever competed in the sport, and it is success that has brought him millions.

But despite the fame and fortune that have come his way, Wolff, who raced against Hamilton in their karting days, says it has not changed the 37-year-old.

“He absolutely is,” Wolff told the Beyond the Grid podcast, “and I have no reservations in saying that.

“Just two days ago, we were reminiscing about something that had happened in the karting days that we had remembered, and if I haven’t seen him for a while, the first thing he does is ask me how my parents, John and Sally, are and we reminisce a lot.

"I have so much admiration & respect for Lewis.. how he manages his life to be the best possible racing driver that he can be…he has an incredible ability.. Im inspired by Lewis as a racing driver but also as a human being"

“I watched some of the races together with Anthony, his dad, and he’s absolutely the same.

“I just have so much admiration and respect for Lewis, what he’s achieved, how he manages his life to be the best possible racing driver that he can be.

“For me what is incredible to watch is just how deep he can dig in moments of pressure,” Wolff said.

“I didn’t have that, to that extent, as a racing driver, but he has an incredible ability in the car, and out of the car.”

Hamilton’s Formula 1 career has seen many highs and lows.

He’s had the most dominant car on the grid, winning 11 races per season from 2018 to 2020, while in 2007 he lost the World title by a single point while last season he was denied an eighth World title in dubious circumstances.

“I’m inspired by Lewis as a racing driver, but also as a human being. Obviously, I see that some of the negative comments around what he does, and how vocal he is in different areas, but you know what it takes guts to be different.

“I know that to a lesser extent, because I was different always in the paddock, and it’s easy to be the same as everyone else, it’s easy just to rock up, race, leave and not worry.

“But he has the guts to be different, to stand up and to use his platform for other causes, and I think that’s also got to be commended because the easier route is to do nothing.

“I think where he’s at now, and the determination he has, and his ability off track to do what he does and to move on – it takes a lot of strength to move on, but he has moved on.”

Hamilton has yet to get off the mark this season, the Briton fifth in the Drivers’ Championship in what is proving to be a difficult start to Formula 1’s new era for Mercedes.

The Brackley squad’s W13 suffered badly with porpoising, forcing the team to raise the ride-height costing them downforce and pace.