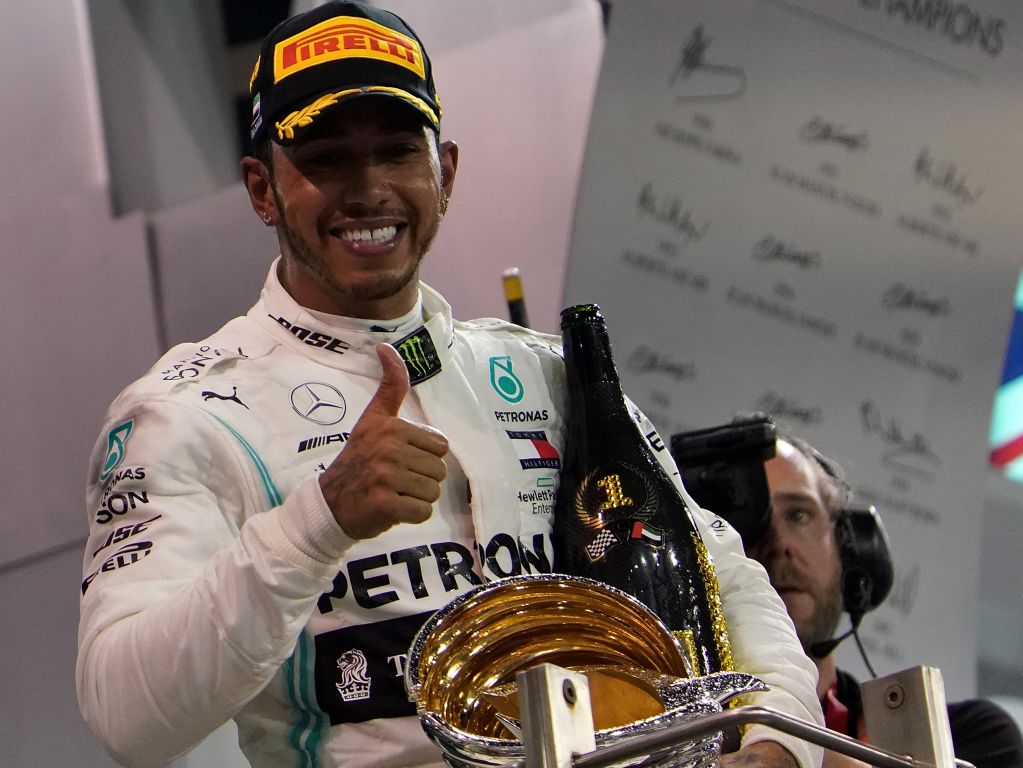 Lewis Hamilton was looking for the “perfect execution” of the season-ending Abu Dhabi Grand Prix, and he got exactly that.

The Mercedes man capped off his sixth title-winning season with a cruise to victory where he finished 16.7 seconds clear of Max Verstappen and set a new race lap record at Yas Marina Circuit.

With that result he also made himself the only driver to score points at every race in 2019, and he admitted that he found the “perfect execution” he was looking for.

“I don’t think I was thinking of anything else except being pitch-perfect through the race,” he told reporters after the race.

“When you’re out in front like that, it’s easy to drop the ball. I think of people who have been there before me, I think of things I have done in the past, I was just trying to be pitch-perfect, each corner, beat, rhythm, rhythm, rhythm, and not let it stop.

“I was looking for that perfect execution, and I think I got as close to it as I could today. Really, really happy. But now I can lean back a little bit and start thinking about the future.”

Hamilton used the race to experiment with his driving and was happy to see that it worked –  he also praised Mercedes for keeping their level so high even when the titles were won already.

“I would say today I was just trying to advance in a lot of areas, like tyre management, see if I can do that any better, extract any more from the car, make it go longer, and different things, and it worked,” he explained.

“We’re continuing to work hard, even after we’ve won the championship. It’s inspiring for me to see the guys continue to push.”

GET IN THERE LEWIS!!!! Ending an incredible 2019 season in style!! 👊@LewisHamilton WINSSSSSS the #AbuDhabiGP!! 🏆 pic.twitter.com/mD75XVcshT

Max Verstappen, who secured P3 in the Championship at the Abu Dhabi GP, has already stated his intention to challenge for the title next season, while Ferrari’s Charles Leclerc expressed his surprise at getting the better of Sebastian Vettel in his first season with the team.

The young guns are certainly on their way up, and Hamilton welcomes the challenge.

“There’s a lot of youngsters coming through and, if you look at the grid, from second to seventh or eighth was all super youngsters,” the 34-year-old told Sky Sports.

“So really proud to be in a period of time where there are such great young people coming through.

“These guys have been doing a phenomenal job and I feel privileged to be in the period of time that they are here and looking forward to more close battles with us in the future. I hope it gets close for us next year.”