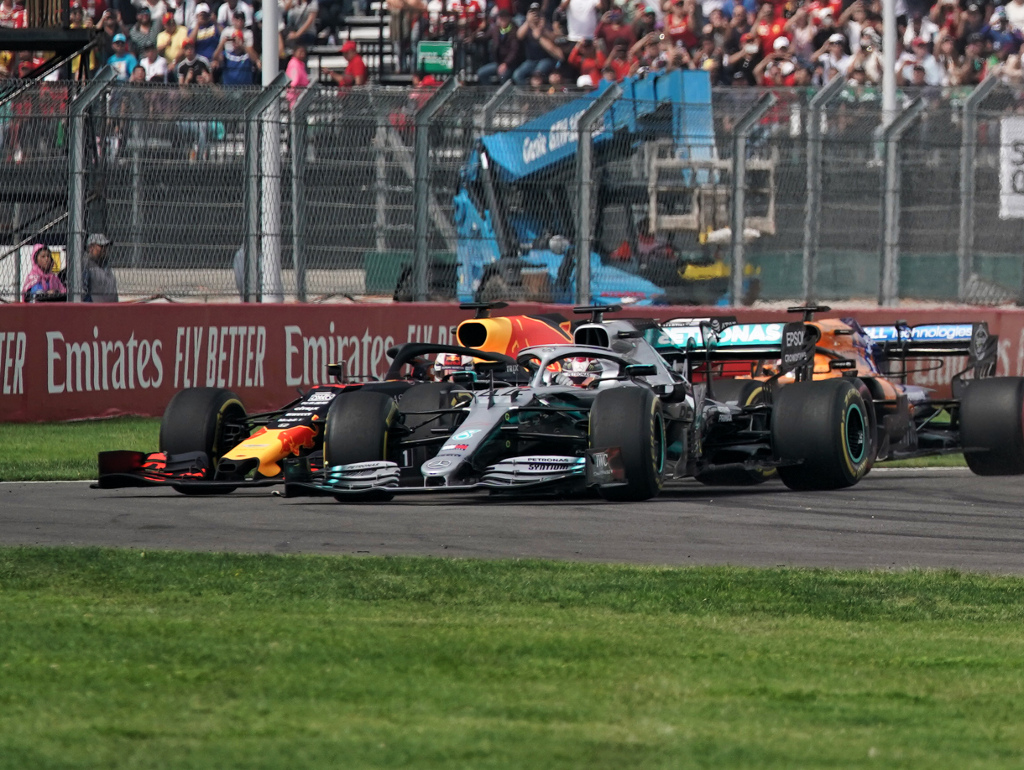 Lewis Hamilton has been speaking about his eventful opening lap in Mexico, saying while he avoided a “big collision” with Sebastian Vettel, he was “torpedoed” by Max Verstappen.

Starting third on the Mexican Grand Prix grid, Hamilton tried to make up places off the line and challenged Vettel for second.

The German didn’t see the Mercedes driver and moved across the track, forcing Hamilton to brake hard and costing him momentum.

“So I had to avoid crashing with him, going on the grass. Avoid his wheels as well, otherwise I could have caused a big collision for him.”

That meant Hamilton dropped into the clutches of Verstappen, which resulted into contact and both drivers cutting the grass.

“I was surrounded by a bunch of cars, I braked into Turn 1, and all of a sudden Max is alongside me,” Hamilton continued.

“If you’ve seen races before, I always leave Max a lot of space – it’s the smartest thing you can do. But there wasn’t a lot of space to give him space.

“I think he had an oversteer moment or something and then I got a massive hit from behind.”

Hamilton’s car suffered front-end damage but he still managed to race to the victory, taking the chequered flag 1.7s ahead of Vettel.

The German, who sat alongside Hamilton in the post-race press conference, denied that his opening lap block on Hamilton had been deliberate.

Hamilton made it clear he was joking: “I’m messing with you.”

Vettel replied: “But if I had seen you, yes, I would have tried.”

But while Hamilton survived the battle with Vettel, his tussle with Verstappen was a trickier.

“I obviously got torpedoed,” he said. “I thought at some stage I’d get torpedoed by Max.