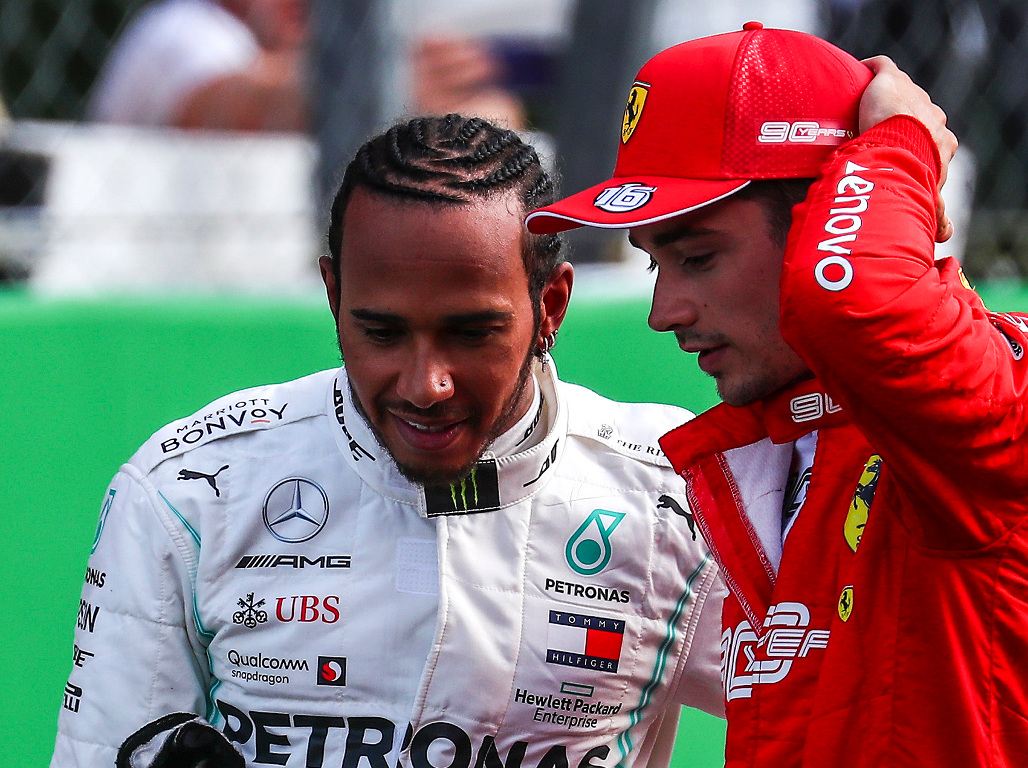 Lewis Hamilton says the only reason he gave way to Charles Leclerc at Monza is because the World title is still on the line.

Hamilton and Leclerc raced wheel-to-wheel at the Italian Grand Prix after the Mercedes driver chased down the Ferrari youngster.

He made his move into the Roggia chicane only for Leclerc to give him the squeeze.

With two wheels off the track, Hamilton wasn’t able to slow down for the corner and cut the chicane.

Leclerc, who was shown the black-and-white flag, remained ahead and, after 53 laps of Mercedes pressure, won the Italian Grand Pirx.

Hamilton says next time the outcome will be different.

“If that’s how we are allowed to race then I will race like that,” he told The Guardian.

“As long as we know that you are allowed to not leave a car width for example.

“You are allowed to run wide even if someone is there and you only get a warning flag.

“As long as it is clear that that’s the way moving forward it’s fine, so I know how to go into battle.”

In fact the Mercedes driver says if it weren’t for his need to score points in the title race, even Sunday could have had a different outcome

“I wouldn’t have moved, we would have collided,” he explained.

With seven grands prix remaining, 175 points in total, Hamilton leads the race for the Drivers’ title with 284 points, 63 ahead of Valtteri Bottas.