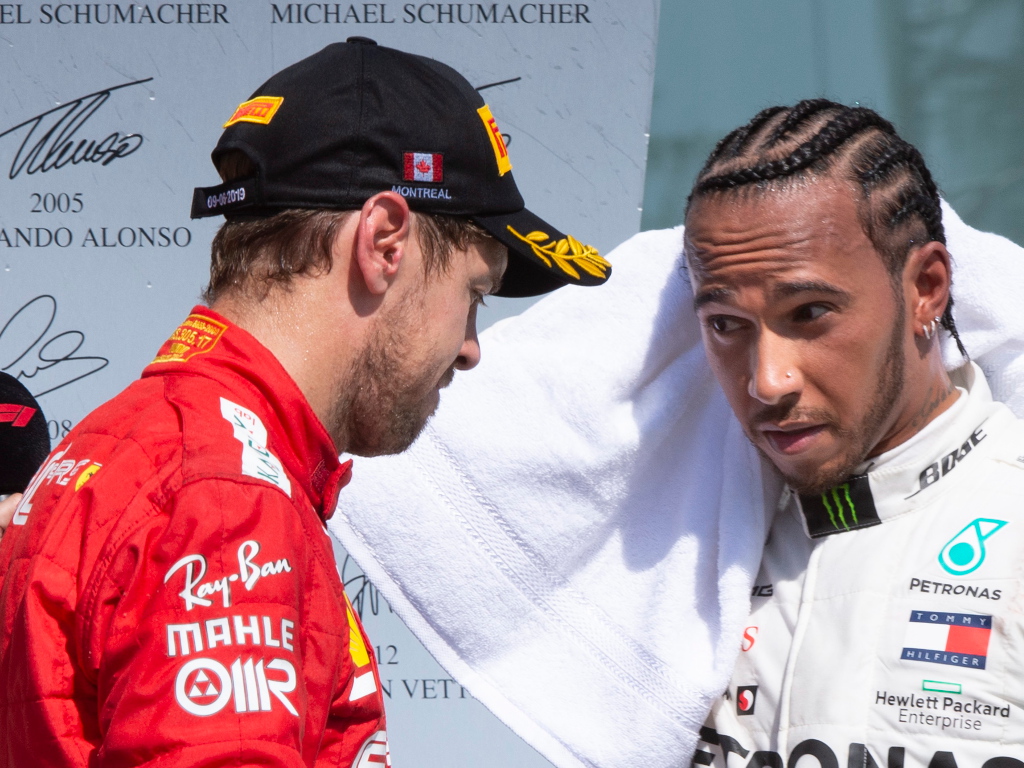 It is only a matter of time before Sebastian Vettel “redeems” himself after yet another mistake cost him at the British GP, that’s according to Lewis Hamilton.

Having just lost third place to Max Verstappen at the Silverstone circuit, Vettel attempted to fight back – instead he crashed into the Red Bull driver.

Vettel made a misjudgment and believed Verstappen would leave a gap for him only for the Dutchman to close the door.

Vettel crashed into the back of the RB15, pitching both into spins and off the track.

The crash, Vettel’s latest mistake in what is fast becoming a long list of errors, saw him finish down in 16th place, handed a time penalty and penalty points on his licence.

To make matters worse, his new team-mate Charles Leclerc – given freedom by Ferrari to make mistakes as he hones his craft – was flawless in his battles with Verstappen.

Hamilton, though, insists his former title rival will come good, it is just a matter of time.

“I absolutely believe he will rebound – look at the greats playing tennis, he is one of those [in F1],” Hamilton told Sky F1 while watching the Wimbledon men’s final.

“He’s had a difficult race but he’s a four-time World Champion.

“He will recover and he will redeem himself if he feels he needs to, and come back stronger the next race.

“That’s what great athletes do.”