Home News Hamilton: Bottas isn’t in the fight, I am 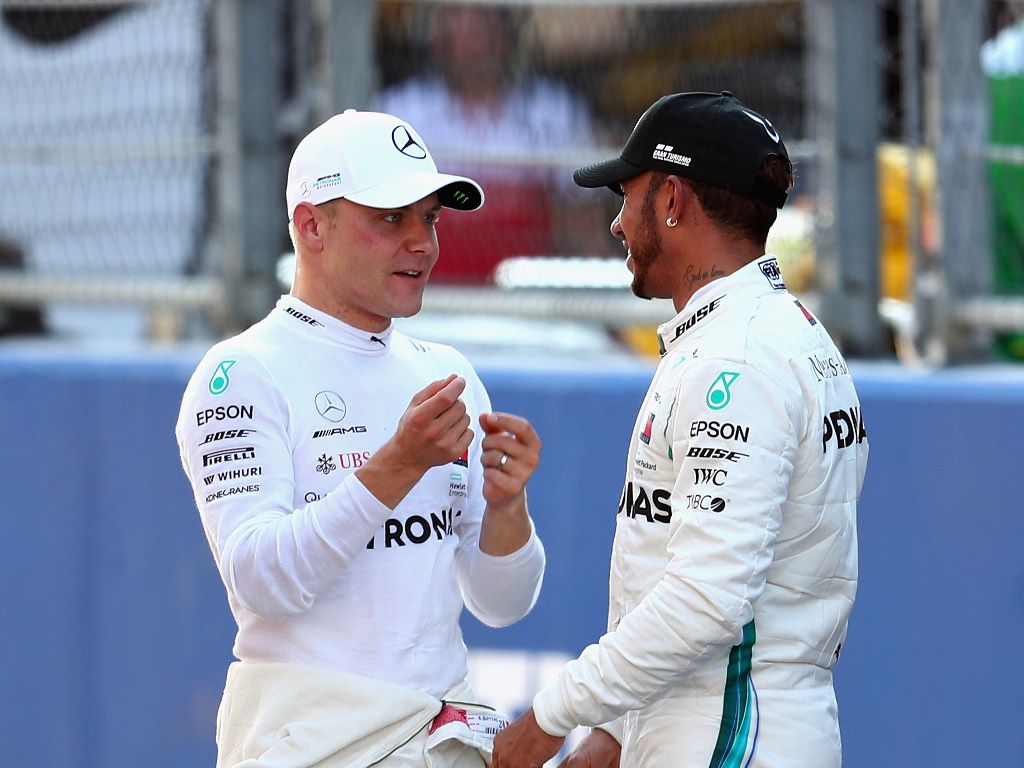 Lewis Hamilton hailed Valtteri Bottas as a “real gentleman” after his team-mate handed him the win in Russia, along with vital breathing space in the championship.

Hamilton arrived on the Sochi grid 40 points ahead of Sebastian Vettel in the race for the World title.

At the chequered flag he was 50 points ahead of the Ferrari driver thanks in part to a team order for Bottas to move over for the Brit.

Issuing the order Mercedes tech boss James Allison told Bottas that a “small blister” for Hamilton meant he risked an attack from Vettel.

TEAM: "Valtteri, it's James. We had a risk with Lewis against Vettel. [Lewis] has a small [left rear tyre] blister…" #RussianGP 🇷🇺 #F1 pic.twitter.com/POvNZXXvp7

Coming up to the final lap of the grand prix the Finn asked the team “how are we going to finish the race?”

He was told in no uncertain terms to hold position.

Hamilton took the win and the 25 points.

“It is actually quite a difficult day because Valtteri did a fantastic job all weekend and he was a real gentleman to let me by,” he said. “Obviously he is not fighting for the championship, whereas we are.

“It has just been such a great weekend for the team. The team have done such a great job to give us such an advantage on Ferrari and have a 1-2.

“Usually, we would be elated but I can understand how difficult it was for Valtteri but really he did a fantastic job and he deserved to win, but championship-wise, as a team we are trying to win both championships.

“I think today was a real team effort. Whilst it doesn’t feel spectacular, I know he is going to do great in races to come.”

As for Bottas, the pole sitter look despondent as he answered questioned in the immediate aftermath of the grand prix.

Finishing runner-up, he said: “Difficult day but obviously a good result for us as a team as we got maximum points.

“But personally as everyone saw it was quite a difficult race.

“But it is always difficult to predict what will happen in the race.