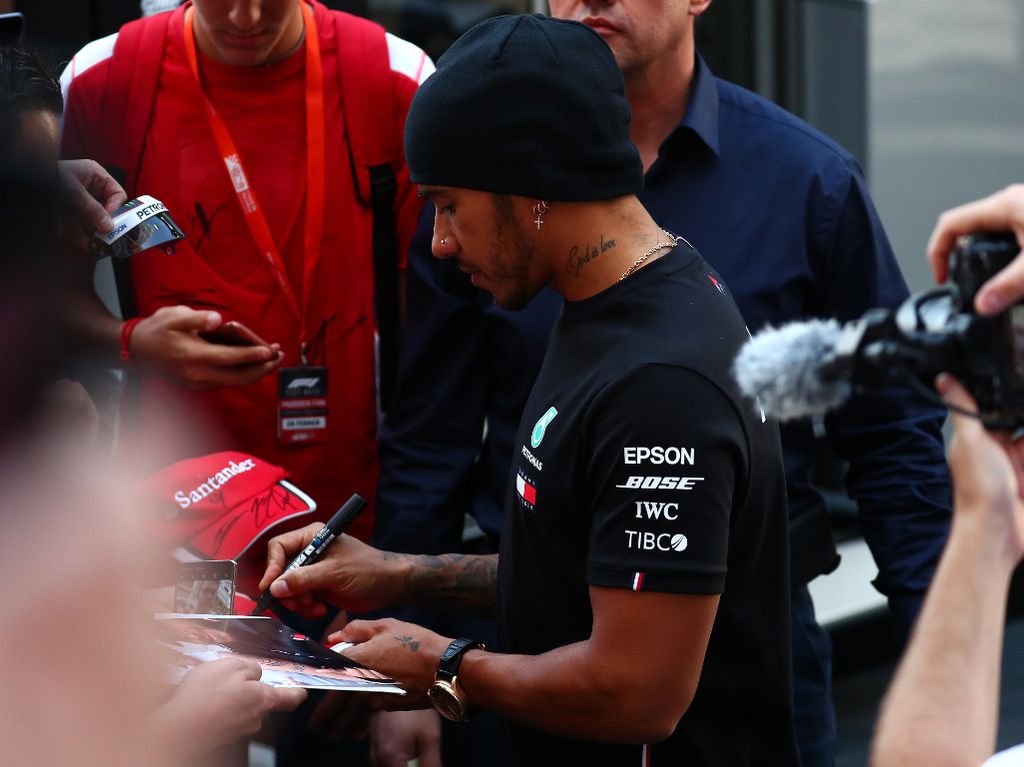 Lewis Hamilton says it would be a “dream” to test a MotoGP bike, but first he needs to get a bit more two-wheeler mileage under his belt.

The reigning F1 World Champion headed to Qatar this past weekend to watch the season-opening MotoGP event.

Spending time with the Petronas-backed SRT Yamaha team, Hamilton said he would “nag” Petronas – who also sponsor his Mercedes F1 team – until they relent and give him a MotoGP test.

He told the official MotoGP website: “100 percent I’m going to ride one, I’m building up to it.

“I need more days [on a bike] firstly because I’ve only had two-and-a-half kind of days on the track, but eventually I’d love to try a MotoGP bike. That’s the dream.

“I watch it every weekend it’s on. Even when I’m on a grand prix weekend, I’m jumping out of my meetings before and after [F1] qualifying so I can watch the qualifying here.”

Fierce, insane speeds and unforgiving, this sport is phenomenal. Huge thanks to my family @PET_Motorsports for inviting me out here to Qatar to watch practice and qualifying. What an experience! How about you guys let me ride next time?.. 😉🏍💨🔥 #motogp #quali pic.twitter.com/3YjpGgMtSN

Hamilton has already tested a Superbike, putting the Yamaha YZF-R1 bike through its pace at Jerez last year.

During that outing the Brit, who suffered a small crash, was told to “go a bit slower” by WSBK rider Michael van der Mark.

“On the first day I’ve was only trying to make him go a bit slower,”

“I had to stop him, he’s not afraid at all and he tried to take corners as fast as with his car.

“During the second day we worked a lot on his style.”