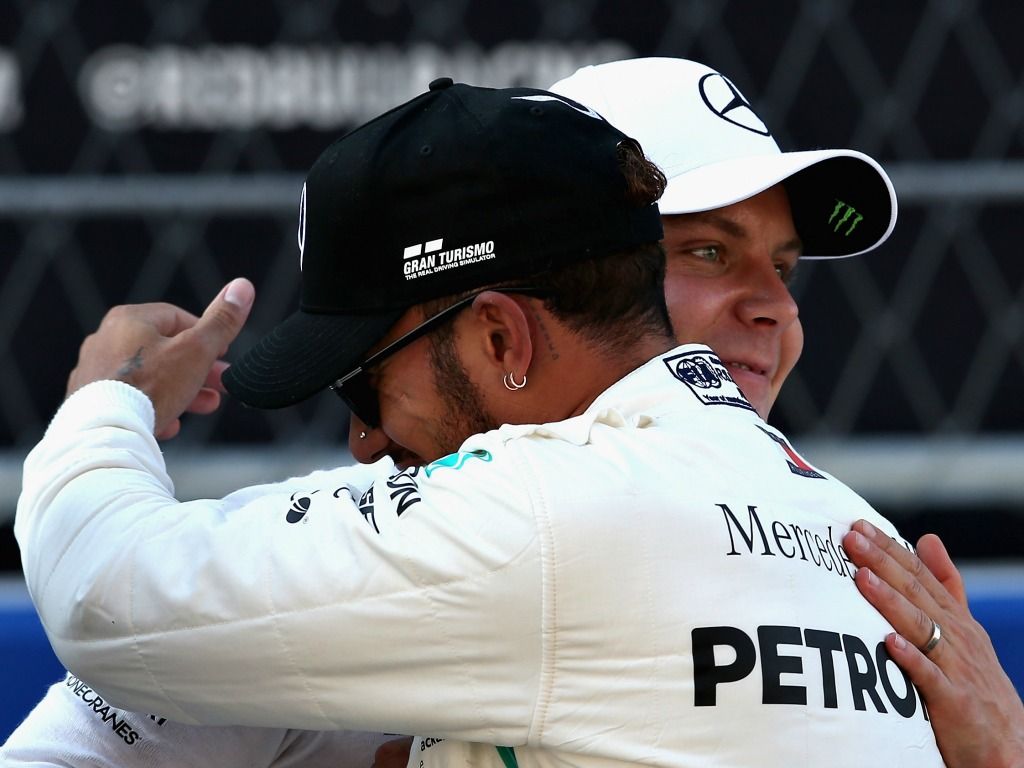 Lewis Hamilton has conceded he slacked off in Q3 at Sochi as he threw away a potential 80th career pole position.

A mere 0.004 seconds separated Valtteri Bottas and Hamilton after the first hot laps in Q3, before the Brit was a whopping three tenths up through the first sector on his second attempt.

It quickly unravelled, though, for the World Championship leader, who aborted his last attack after he “over-egged” the Mercedes car at Turn 7.

But, with Ferrari down on pace and unable to capitalise, Hamilton was still able to secure Mercedes’ fifth 1-2 start of the 2018 season.

“I don’t know where it really got away from me in Q3, but I struggled a little bit, and Valtteri obviously picked up quite a bit of pace,” Hamilton said after qualifying.

“I think middle sector was really where I was slacking, but anyways it’s great to have a 1-2.”

Then asked by Motorsport.com whether the second sector was his ultimate downfall, he said: “Yeah, I think the middle sector I haven’t been too bad through qualifying – Q1 was really good, and then Q2 wasn’t so great.

“Just generally throughout the weekend it’s been a bit up and down through that sector, but I’ve been quick in the first and third.

“The first lap in Q3, down three tenths in the middle sector but I was quickest in the first and last.

“So anyway I did push quite a lot because I knew also he would gain time, so it was not three tenths, it was like half a second I needed to improve.

“I just over-egged it a little bit. I think I picked up a little bit of dirt on my outside tyres and then there was less grip there for the next corner.”

But Hamilton still praised his team-mate for getting the job done on his side of the garage.

“Big congratulations to Valtteri, he did a great job in Q3,” Hamilton said.