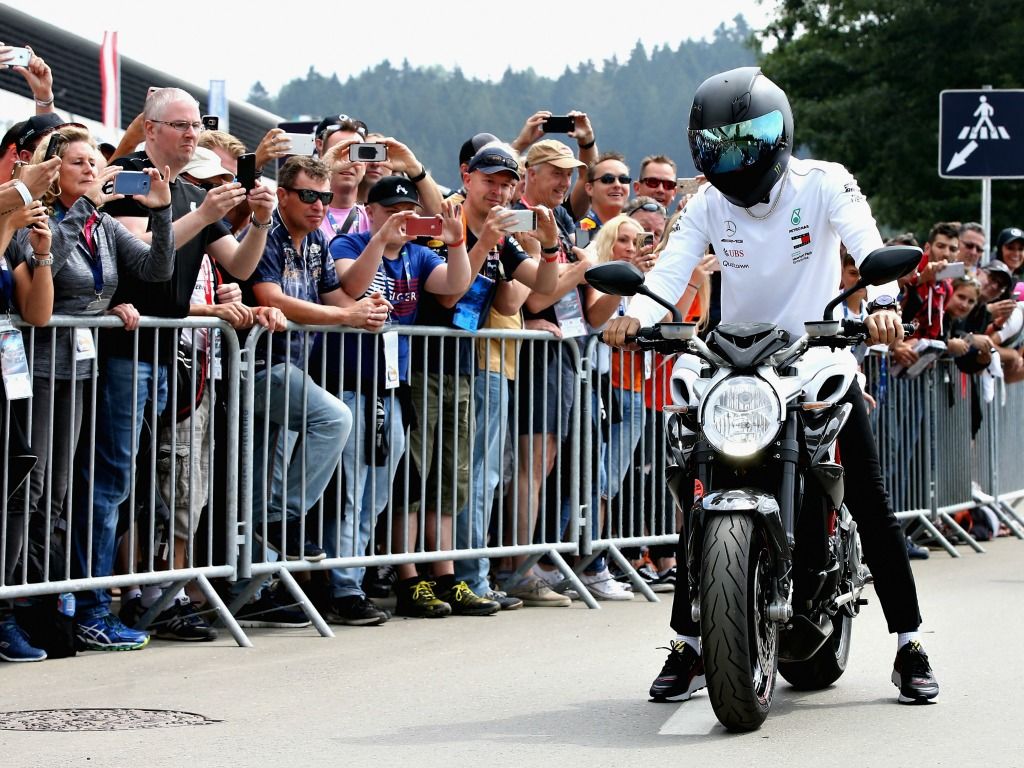 Yamaha rider, Michael van der Mark, has said he was tasked with curbing Lewis Hamilton’s enthusiasm for motorbikes during his Superbike track test.

The five-time World Champion has always had a passion for motorbikes and often turns up to race weekends on a two-wheeler from his vast collection.

But all did not go quite to plan recently when he suffered a small crash at Jerez whilst riding a Yamaha YZF-R1 at a private test.

He escaped with no injuries, but Van der Mark has given an insight into what it was like working with Hamilton as he swapped Formula 1 cars for motorbikes.

“Lewis already did two track days on his bike [before] and the people of his team were a little bit concerned because of his speed,” van der Mark told Motorsport.com.

“He was very fast but he didn’t have a riding style. He had lots of lean angle, so the initiative came a bit from his team that he’d get a few tips from professionals.

“During the first day I was alone with Lewis and on the second day my teammate Alex Lowes joined us.

“On the first day I’ve was only trying to make him go a bit slower. I had to stop him, he’s not afraid at all and he tried to take corners as fast as with his car.

“During the second day we worked a lot on his style.”

Van der Mark then went on to say he was mostly taken by Hamilton’s eagerness to learn and his attention to detail.

“Even if it’s just for fun, he was so motivated to learn,” van der Mark added.

“He asked loads of things and that was special to see.

“You see it’s fun for him, but he goes all the way. He wants to do it right and wanted to learn as much as possible.”

Van der Mark also mentioned Hamilton’s fearlessness, but is unsure whether the test will eventually lead to Hamilton having a late career change.

He said: “You see he’s not afraid at all.

“You also see that he doesn’t have any doubt, you see a lot of riders who have a little doubt, but he’s going all the way if he decides to do it that way.

“That’s the same in a car, that’s just his natural talent. He can ride a bike for sure – I don’t know how much faster he can go.

“I know he can be much faster but it’s difficult to predict what he could do on a bike.

“He has only ridden four days now and he was about seven seconds slower than us. With that he’s faster than most other track day riders.

“You can see he has a special talent, but I don’t know if he wants to do that [full-time].”