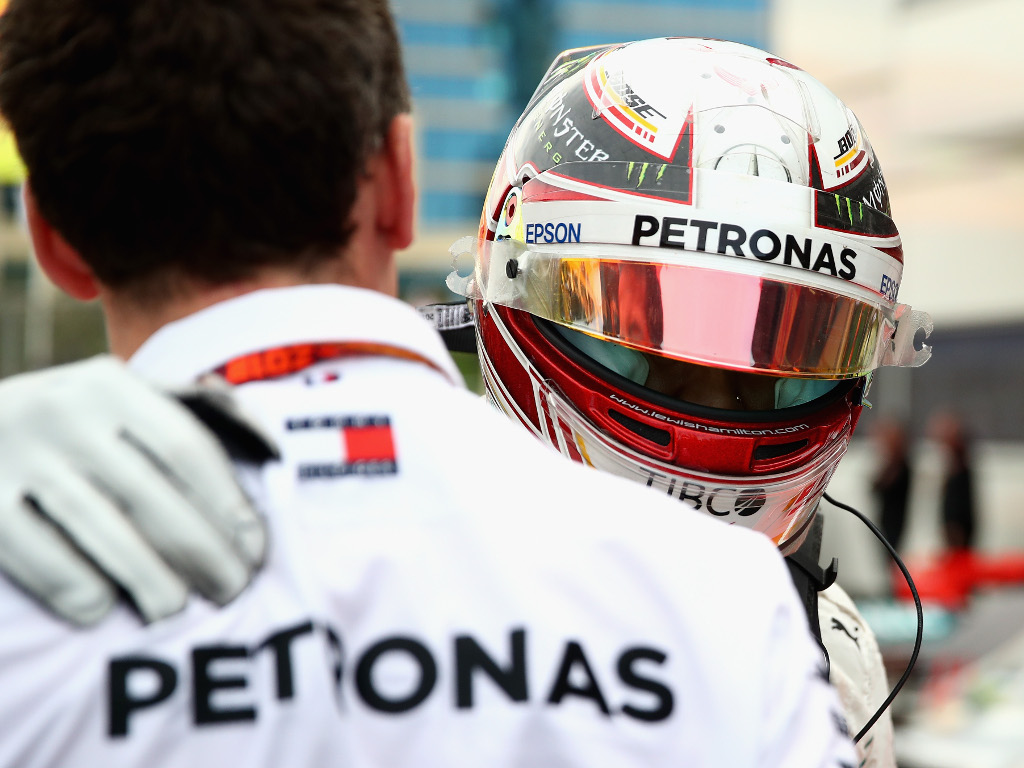 Toto Wolff has revealed he has not spoken with Lewis Hamilton about his contractual situation in “weeks” as Mercedes instead focus on returning to winning ways.

This opening stint in this year’s championship has belonged to Ferrari with Mercedes lagging behind.

Their troubles in the first few races meant it wasn’t until Sunday’s Azerbaijan GP that the team, and Hamilton, claimed their first win of this season.

As such Hamilton is now leading the standings by four points ahead of Sebastian Vettel, however, it is Ferrari who have the advantage in the Constructors’.

“We haven’t talked for a few days or weeks because it was so intense in getting our act together with the team and all our priority has been concentrated on that,” Wolff said.

The motorsport boss, though, believes it is a matter of time before Hamilton commits his future to Mercedes.

He added: “We are very well aligned in what we expect from each other in the future and it is just finding the time to sit down.”