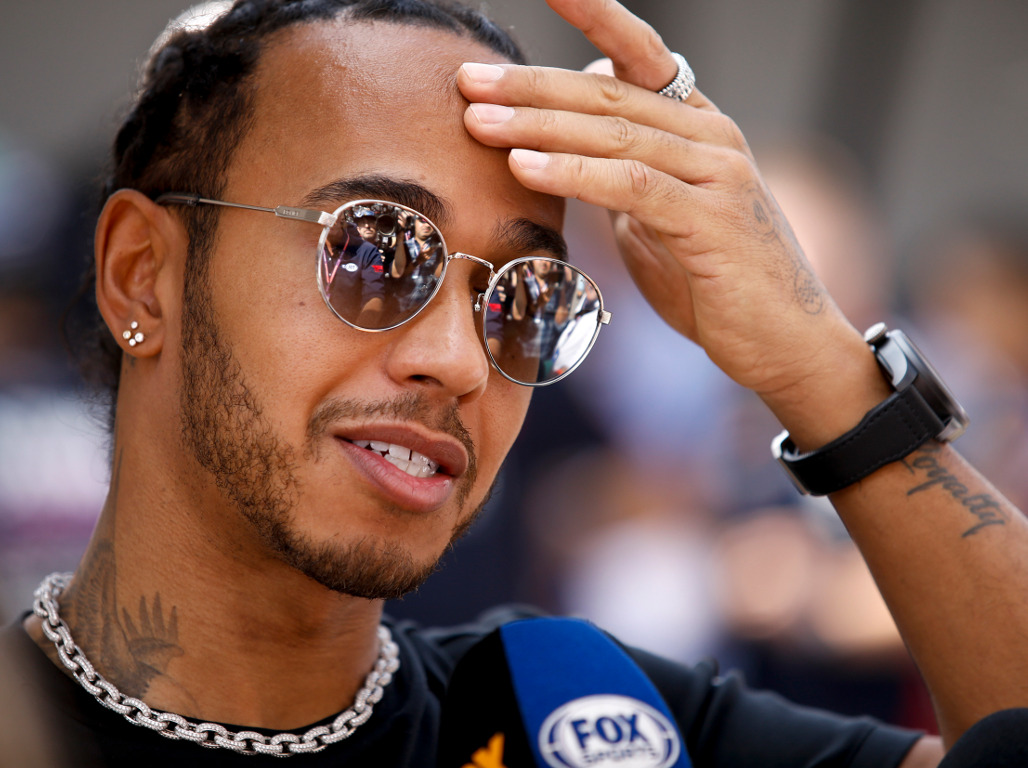 Lewis Hamilton has taken to Instagram in order to respond to rumours that he crashed Valentino Rossi’s MotoGP bike on Monday.

Hamilton and MotoGP legend Valentino Rossi swapped machinery at the Ricardo Tormo circuit on Monday, but there has been no official news about the promotional event whatsoever since it took place.

However, La Repubblica is reporting that may be because Hamilton crashed Rossi’s Yamaha MotoGP bike.

The duo took to the circuit on Monday morning in a crossover event that took place behind closed doors.

Hamilton was the first to try something new as he put Rossi’s bike through its paces.

That, though, included a crash although the exact details of what happened are not known.

It was then Rossi’s turn to swap two wheels for four as he drove the Mercedes F1 car.

Neither Mercedes nor Yamaha have released any official details about the day, but Hamilton has appeared to refute the crash rumours with a brief update on Instagram. 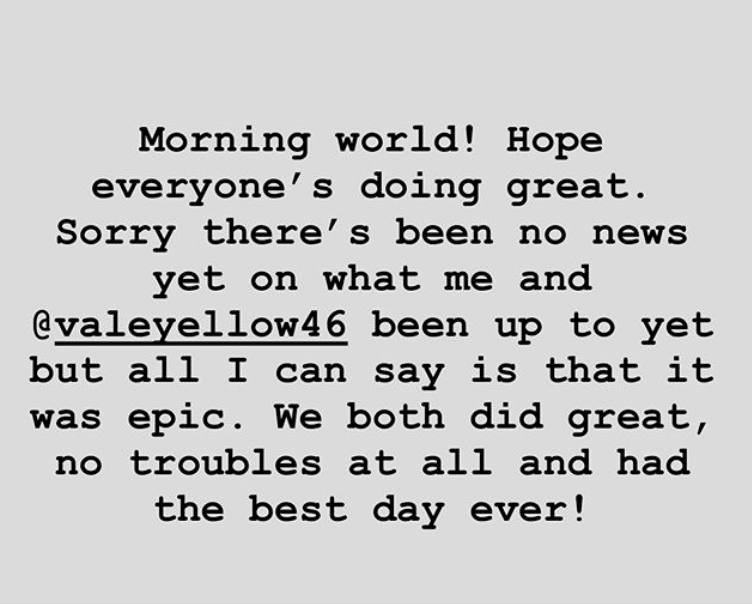 “Hope everyone is doing great.

“Sorry there’s been no news yet on what me and Valentino have been up to yet but all I can say it was epic.

“We both did great, no troubles at all and had the best day ever!”