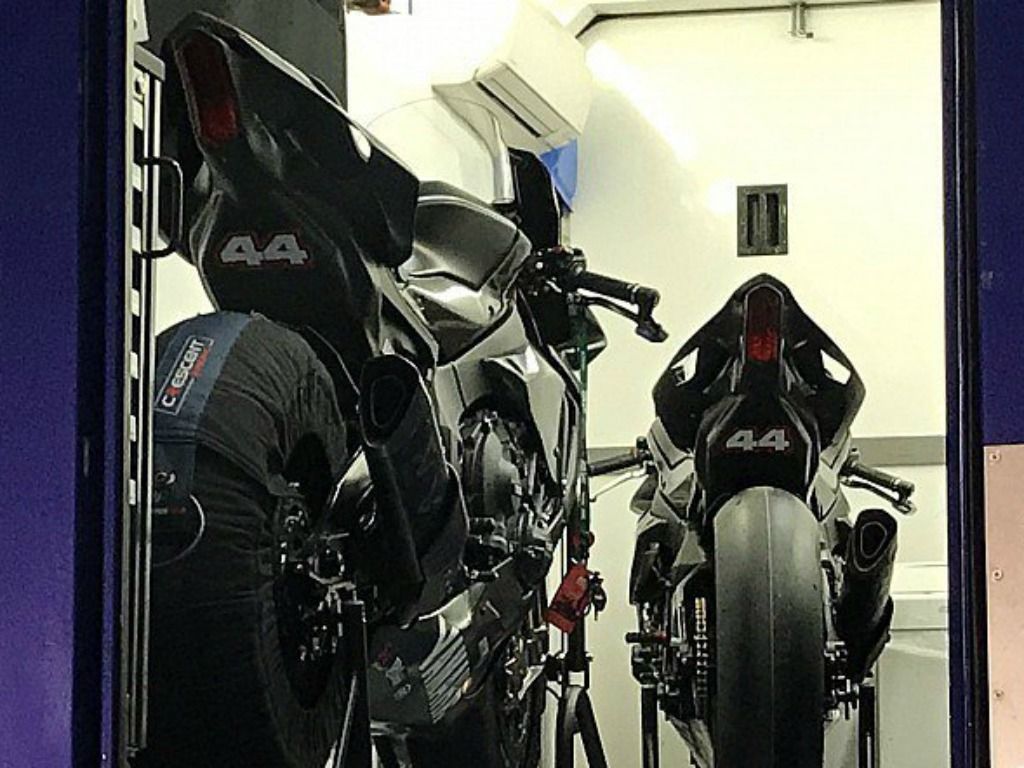 Lewis Hamilton crashed during a private Superbike test at Jerez on Saturday, but did no damage to himself.

The five-time World Champion swapped his fireproofs for some leathers as he tested a Yamaha YZF-R1 at the Spanish racetrack.

The Brit was pounding round the track without incident on the black bike which had the trademark number 44 printed on it.

However, he then hit the deck at the fast Turn 5, but only caused minor damage to the bike, as he came away unscathed.

This is not the Brit’s first time on a bike this year, as he spent some time with MotoGP rider Cal Crutchlow in California.

He also has an endorsement and collaboration deal with Italian bike manufacturer MV Agusta, who produced the F4 LH44.