Home News Hamilton crashes into the barriers at Spa 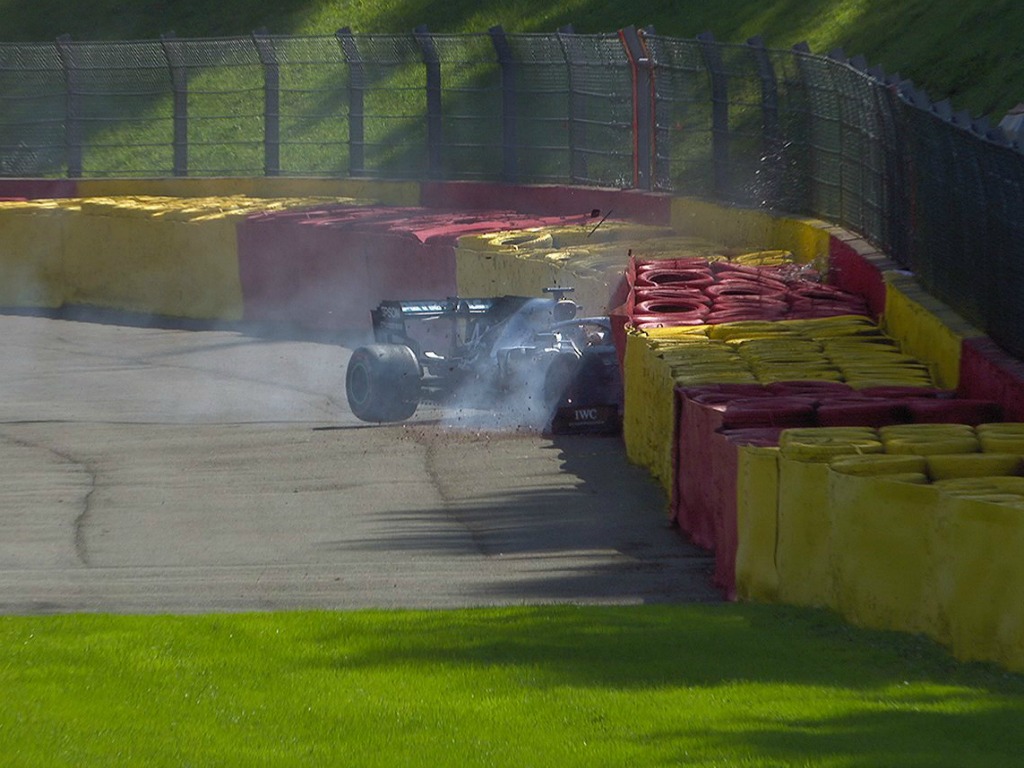 World Championship leader Lewis Hamilton suffered a big setback during final practice after he crashed into the barriers at Fagnes corner.

Here is how qualifying day unfolded at Spa, starting with FP3…

Valtteri Bottas was particularly eager to get going on Saturday morning. Must have been a triple espresso shot he had…

Someone’s keen… 😜 #FP3 isn’t for another hour yet, @ValtteriBottas! pic.twitter.com/hU0SuZVdXg

Conditions were pretty much spot on as drivers returned to the track for final practice.

Another beautiful day at Spa ☀️

FP3 gets under way in 15 minutes ⏰#F1 #BelgianGP 🇧🇪 pic.twitter.com/F9jLUHNq1o

Sergio Perez made his way out on track for the first time since the announcement of a brand spanking new three-year deal with SportPesa Racing Point. 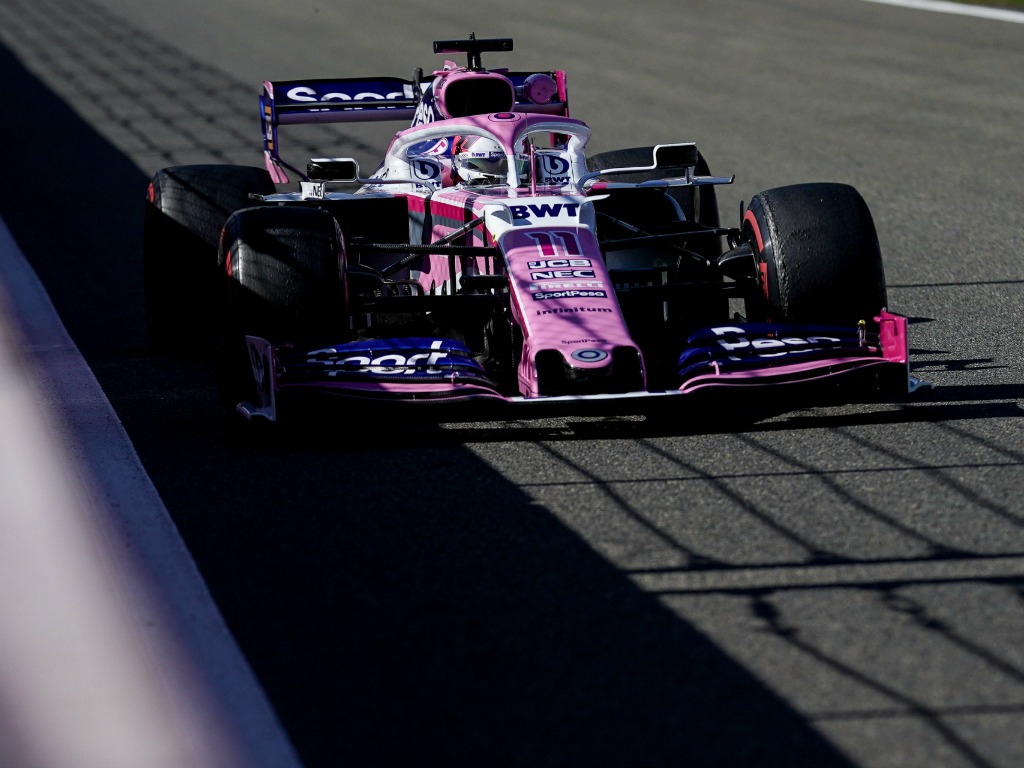 The drivers were quietly going about their business during FP3, then this happened…

Hamilton emerged unscathed from the big shunt, but has left his team with a lot of repair work to do ahead of qualifying. 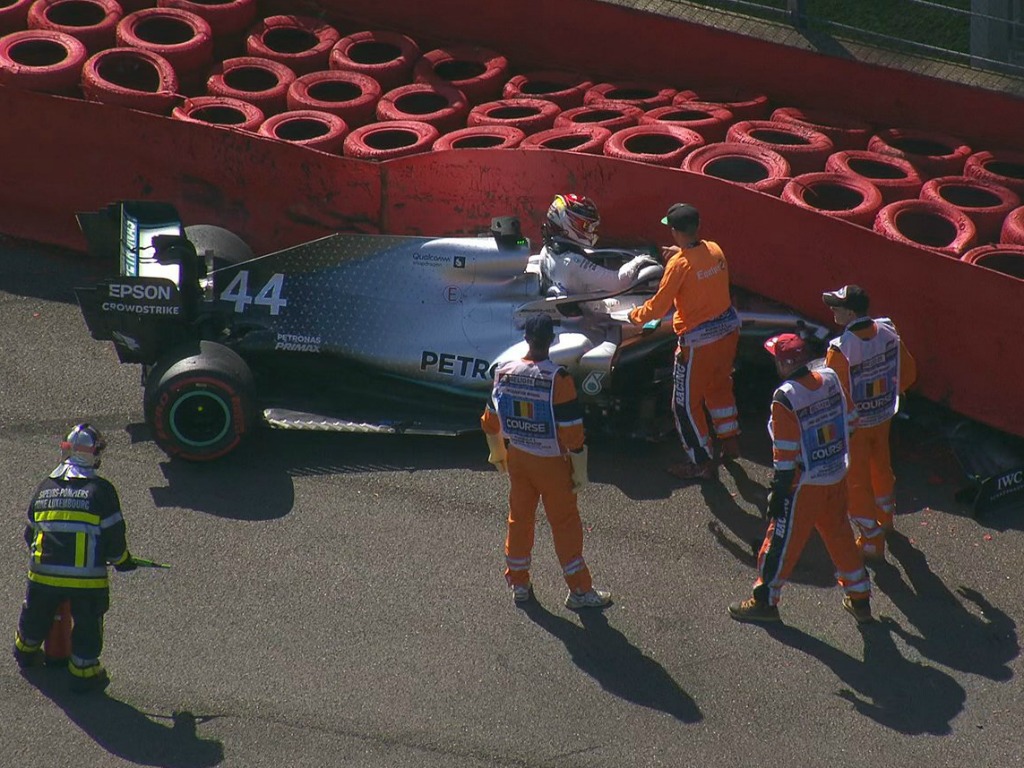 And we mean a lot…

Session due to restart in two minutes

As Mercedes put it, even the best make mistakes…

Working flat-out to get Lewis’ W10 fixed it time for #BelgianGP Quali! 💪

The accident left just 13 minutes left on the FP3 session clock, which passed with Ferrari once again occupying the top two spots.

Another 1-2 for Ferrari, giving them a clean sweep of the practice sessions

Hamilton was good to go for qualifying, just about, and also escaped the dreaded pit-lane start.

Lewis Hamilton's car set to be ready in time for #BelgianGP 🇧🇪 qualifying.

Kubica brought out the red flags early in Q1 as another Mercedes power unit went bang, an internal combustion engine failure making it the exact same fate that befell Perez on Friday.

Flames at the rear of Kubica's car 😮

The marshals have extinguished it

Oh Ferrari, it seemed Leclerc was in trouble, but we avoided the usual story after he made it out onto the circuit and went 1.5s faster than Bottas.

Ferrari? Having technical issues in a qualifying session where they could easily take pole?

Power issues have plagued Max all weekend and they were determined not to go away.

Verstappen says he has a problem, and gets instructions from his team to try and rectify it so he's staying out on track for now #F1 #BelgianGP

Antonio Giovinazzi’s engine was next to quit, and with the red flags coming out less than a minute before the end of Q1, the bottom five was set.

Norris dropped out in Q2 to complete a difficult day for McLaren, while Albon and Stroll didn’t go for a final lap knowing they would start from the back anyway.

Ferrari secured their first front-row lockout since Bahrain, but Leclerc would take pole seven tenths clear of his team-mate!