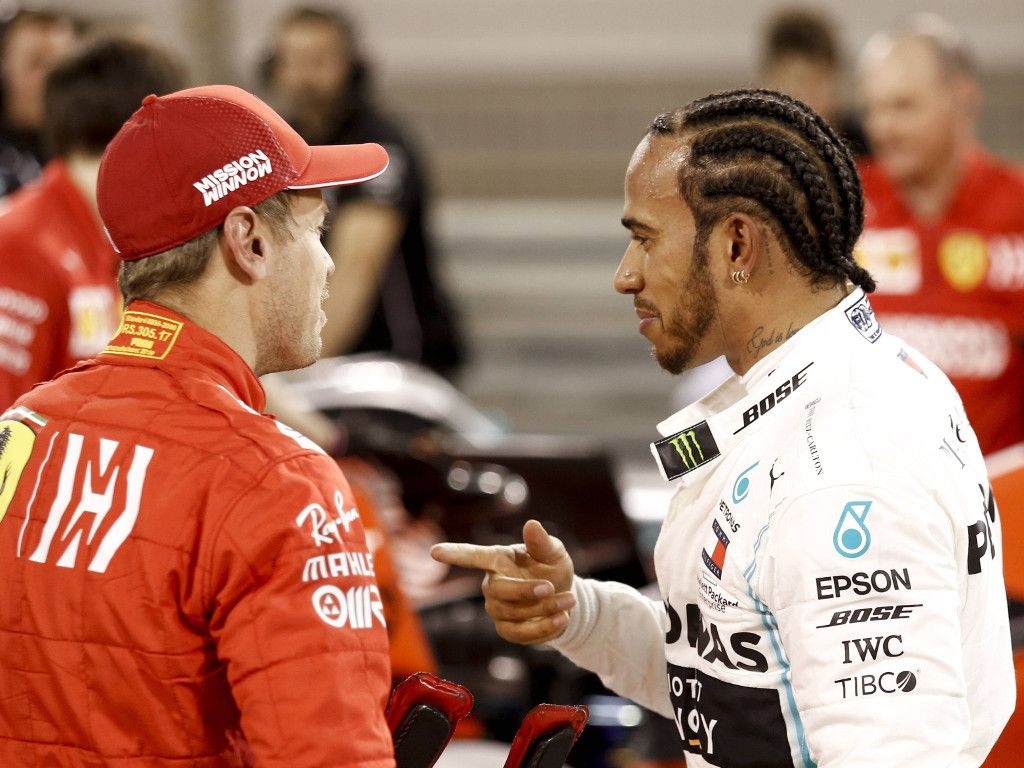 Lewis Hamilton has defended Sebastian Vettel after the German spun when the pair went wheel-to-wheel in Bahrain.

The error destroyed Vettel’s tyres, ultimately causing his SF90 to shed the front wing and he would re-join the race in P9 after making it to the pits.

It proved to be the 32-year-old’s fourth such error in the last ten races, but Hamilton believes the four-time World Champion’s achievements outweigh his negative moments.

“I looked at the replay and we didn’t touch,” said Hamilton after the race.

“It was really windy there.

“There’s too few of them [incidents] to really look too much into it.

“It happens to all of us, just because you’re a multiple World Champion doesn’t mean you’re not going to have off weekends.

“They’re miniscule on the status he’s accumulated and created.”

Vettel was soundly beaten for pace by team-mate Charles Leclerc during the race, but Hamilton was quick to point out how little differences in the cars can create big gaps.

“There are always times when you just happen to not get the right car set-up, which you guys don’t get to see,” he explained.

“All these little things that we’re doing, it just doesn’t happen to work that weekend and the differences are so small yet they look so big.

“I don’t know why their car was so different in pace but I’ve had races; I remember looking back on me and Nico [Rosberg] in Barcelona, we were quick in testing and then there was massive differences in the car in the race and you’re just literally driving with your hands behind your back, you’ve got no grip. And then another race it’s the other way.

“I don’t know why that happens but today was one of those for him. But he’s a World Champion and great athlete, he will recover and keep pushing.”