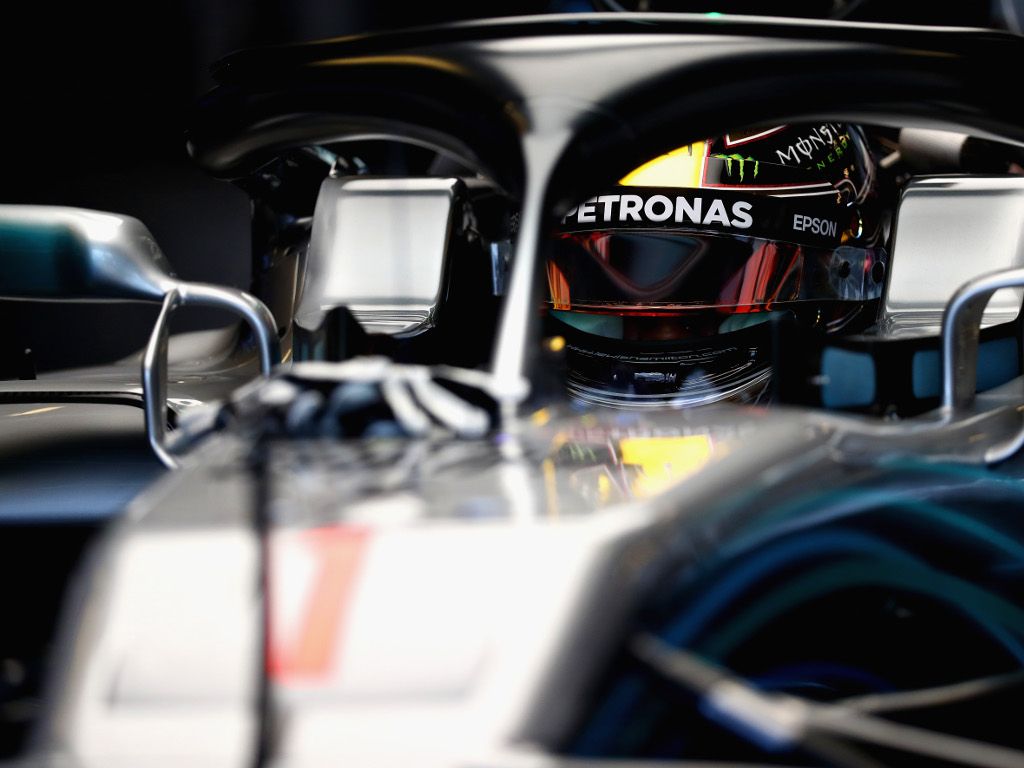 Permitted to run the number ‘1’ as the reigning champion, Lewis Hamilton did so in FP1 for the Abu Dhabi GP but admitted he doesn’t like it.

The five-time World Champion hit the Yas Marina circuit on Friday afternoon with a big ‘1’ on the nose of his car while his normal ’44’ was on the sides.

It was, however, just for FP1 with the Brit reverting to ’44’ later in the day.

“I personally don’t like it, I don’t like it at all,” said the Mercedes driver. “It was just for one session, it doesn’t really mean anything.

“I remember when McLaren had number one when Jenson [Button] won the World title and he moved [from Brawn] and brought it with him.

“It’s strange that McLaren could then have number one – the next team can, wherever you go.”

Gold lid. #1 on the car. Looking the part of a Champion, @LewisHamilton! #AbuDhabiGP 🇦🇪 #F1 pic.twitter.com/U4PK3PBGqB

The Brit revealed that he was open to running the ‘1’ in acknowledgement of the incredible job done by the Mercedes team personnel.

“I remember the engineers, or the mechanics, asking me at one stage would I ever do it,” he added.

“I thought it would be cool to just have it on the car for one session so at least they will have a picture somewhere that they can be really proud of that we were number one.

“44 is my special number, and in actual fact everyone in the team or on my car particularly were saying to me that when they are travelling they’ll see a bus #44 and then they will see a flight or a seat #44.

“It’s becoming part of their lives, which is great because that’s exactly how it is with me.”