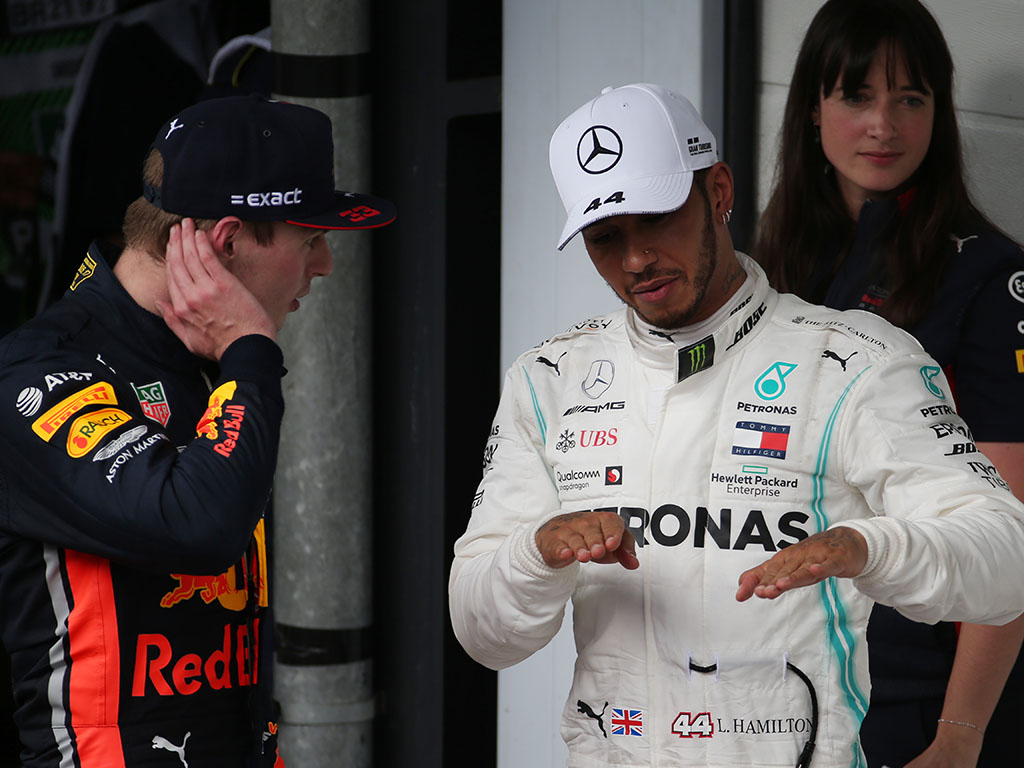 Lewis Hamilton has been given a five-second penalty for causing a collision, promoting Carlos Sainz into his first-ever podium finish.

Hamilton was deemed by the stewards to be predominantly at fault for sending Albon into a spin when trying to overtake the Red Bull driver for P2 in the final, chaotic stages of the Brazilian Grand Prix.

The decision means that Hamilton has dropped from P3 to P7 and McLaren’s Sainz now completes the podium alongside race winner Max Verstappen and Pierre Gasly. However, Sainz is also under investigation for allegedly using his DRS button under yellow flags.

“Car 23 [Albon] was on his normal race line,” noted the stewards.

“Car 44 [Hamilton] attempted to pass on the inside, but was unable to get far enough inside to accomplish the overtake and by the time he realised there would not be sufficient room he was unable to back out of the situation and the collision followed.

“The stewards determined that car 44 [was] predominantly at fault for the collision with car 23 at turn 10 and therefore ordered a five second penalty.”

Hamilton, who has “massively apologised” to Albon, has also had two penalty points added to license.

Update: Carlos Sainz was given the all-clear by the FIA and so retained his first-ever podium finish. Vamos Carlos!