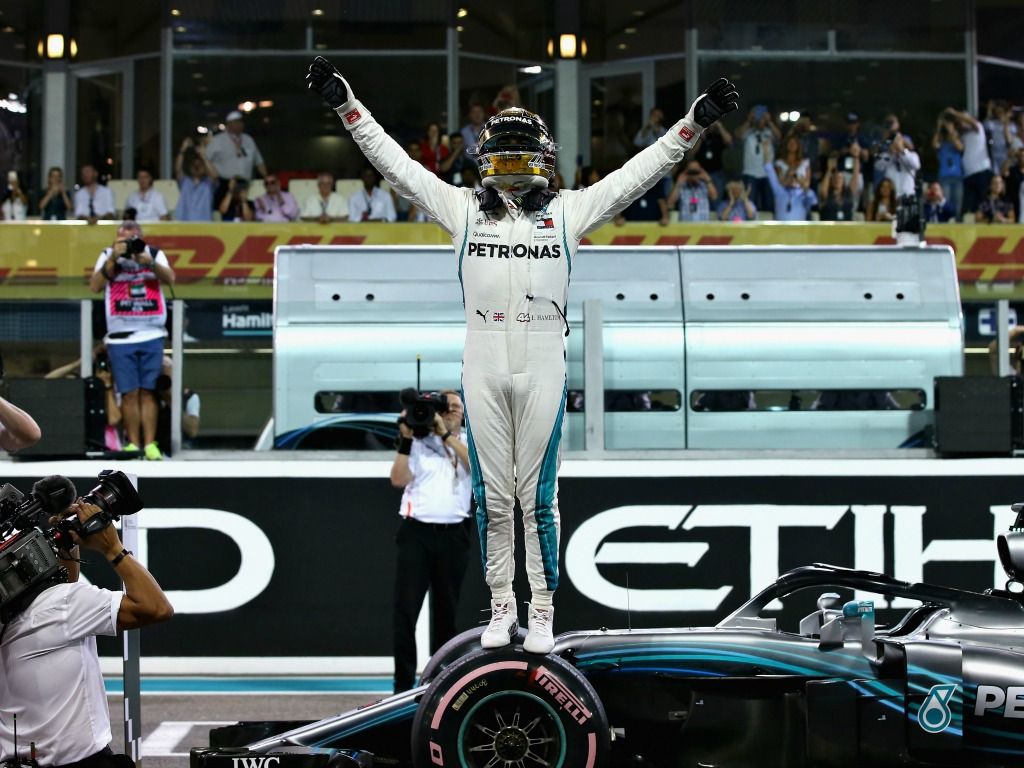 Lewis Hamilton admitted that it was an “emotional qualifying session” in Abu Dhabi, the last one in the W09 for the Brit.

Hamilton has won his fifth World Championship in the W09 this season, and it has been another dominant car for the Mercedes team.

The five-time Champion took the 83rd pole position of his career, beating team-mate Valtteri Bottas to top spot in qualifying by less than two tenths of a second.

It is also Mercedes’ fifth consecutive front-row lockout in Abu Dhabi, the first time a team has gone five straight at a single grand prix.

“It’s quite an emotional qualifying session for me because it’s the last one with this car,” Hamilton admitted.

“I’m probably the closest I’ve been to a car. It’s been an emotional rollercoaster.

“To go out there and push yourself, there’s no better feeling.”

Despite taking pole position with what was a new track record around the Yas Marina Circuit, the Brit did not believe it was perfect.

“I never say there is a perfect lap,” he explained.

“The first lap wasn’t spectacular, the last one started off calm and then got more and more aggressive.”

Halfway through the season, it looked like Ferrari were favourites for the title, but Mercedes battled back, with Hamilton taking the title in Mexico.

The team secured the Constructors’ title in Brazil, and the Brit admitted that he was proud to be working with the team.

“It’s been such a journey this year,” the five-time World Champion added.

“So many trials and tribulations along the way and it’s been a real privilege working with these guys.

“The team have done a really good job this weekend getting the car in the right window and it was quite close in the end.

“What a great way to end the season with a one-two qualifying session.”