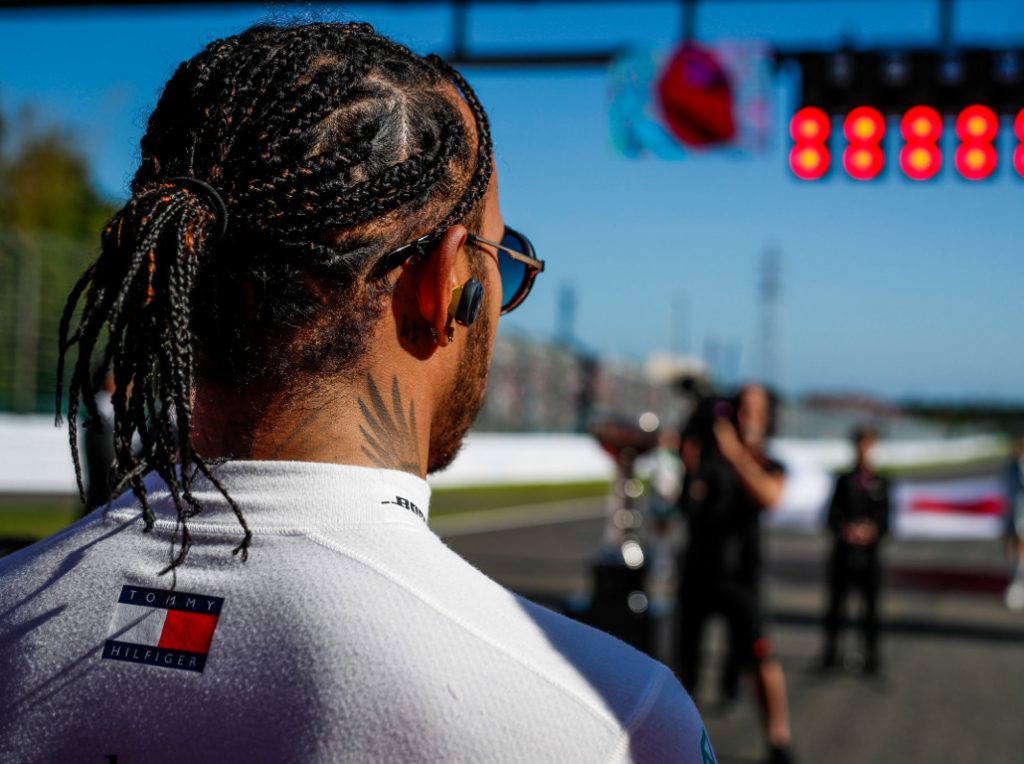 Failing to take pole position for the first time since Hungary, Lewis Hamilton reckons Ferrari have “lost a bit of power” since questions were asked about their power unit.

Ferrari have been the dominant force on grand prix Saturdays, taking six pole positions in succession.

This raised suspicions amongst rivals about the Scuderia’s power unit and the massive gains they have made with it this season.

Rivals questioned whether Ferrari’s intercooler allowed a bit of oil to bleed into the combustion process thereby giving them a welcome power boost.

This led to the FIA issuing a Technical Directive about the interpretation of the engine regulations.

Earlier this week the FIA’s head of single-seater technical matters Nikolas Tombazis cleared up some confusion about the rules, citing Article 5.10.3 of the regulations.

The article reads: “All cars must be fitted with a single fuel flow sensor, wholly within the fuel tank, which has been manufactured by the FIA designated supplier to a specification determined by the FIA. This sensor may only be used as specified by the FIA. Furthermore, all fuel delivered to the power unit must pass through this homologated sensor, and must all be delivered to the combustion chambers by the fuel injectors described by Article 5.10.2.

Article 5.10.5 adds that “any device, system or procedure the purpose and/or effect of which is to increase the flow rate or to store and recycle fuel after the measurement point is prohibited.”

“What’s come out this week has been quite interesting to see,” the Brit told RaceFans.net.

“Obviously today I think they’ve lost a bit of power.

“I’m interested to see how that continues and how it reflects in the race.”

But while Hamilton has all but pointed the figure at Ferrari’s engine, his team boss Toto Wolff was more cautious in his assessment.

“Certainly the three teams were much closer together in terms of straight-line performance here in the US, but I wouldn’t say this is down to any specific event,” he said.

“It’s just a fact that we’ve won our first pole position since July, since Hockenheim, and we are really in the mix.

“I think it’s very strong that the FIA issued a TD clarifying the situation with some very clear wording but this is a process that is standard, happened before and part of the role of the governing body.”