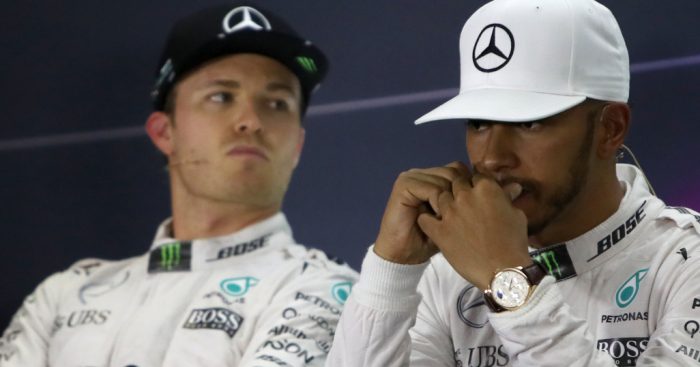 At the end of the 2016 F1 season, Mercedes lost their World Champion Nico Rosberg.

The German shocked his team principal when he told him in the wake of the season-ending Abu Dhabi GP that it was his last in Formula 1.

Wolff believes the Finn has been a good edition to the team as he has played a role in their run of championship doubles.

As such Wolff is confident that even if Hamilton opts to walk away from Mercedes at the end of this season, the team will find other opportunities.

“I think that a sports team is not static,” he told FormulaRapida.net. “It’s a dynamic structure.

“That means there is always going to be some change, and change is something that can also provide opportunity.

“I know that sounds like a little bit of philosophical guru talk, but when Nico decided to quit, my initial reaction was actually the opportunity provided to us, and I think that the choice with Valtteri proved to be the right choice.

“So, I still very much hope that our [Wolff, Hamilton and Mercedes] relationship continues, but I am not totally in control of that, so, if one important member breaks out, that provides certainly, risk and opportunity at the same time.

“There is no doubt that Lewis is a very strong pillar within the team. I think that the values within the team are that morality and integrity is absolutely number one on the list.

“And, understanding Lewis’ position and objectives will be key for any decision that we take.”

Last week Gazzetta dello Sport reported that Hamilton is on the verge of signing a new two-year deal with Mercedes.

That report came in the wake of Charles Leclerc and Max Verstappen committing their long-term futures to Ferrari and Red Bull respectively.

Wolff added: “I think as long as we are able to produce a quick car, and a powerful engine, we will always have opportunity to decide who drives the car.

“And I think there will be no doubt that Lewis is our priority. We’ve tried to make it work with the team.

“And I have tried to make it work with Lewis. But the most important is that we have a good car.”