Home News Hamilton: German GP win up there with my best 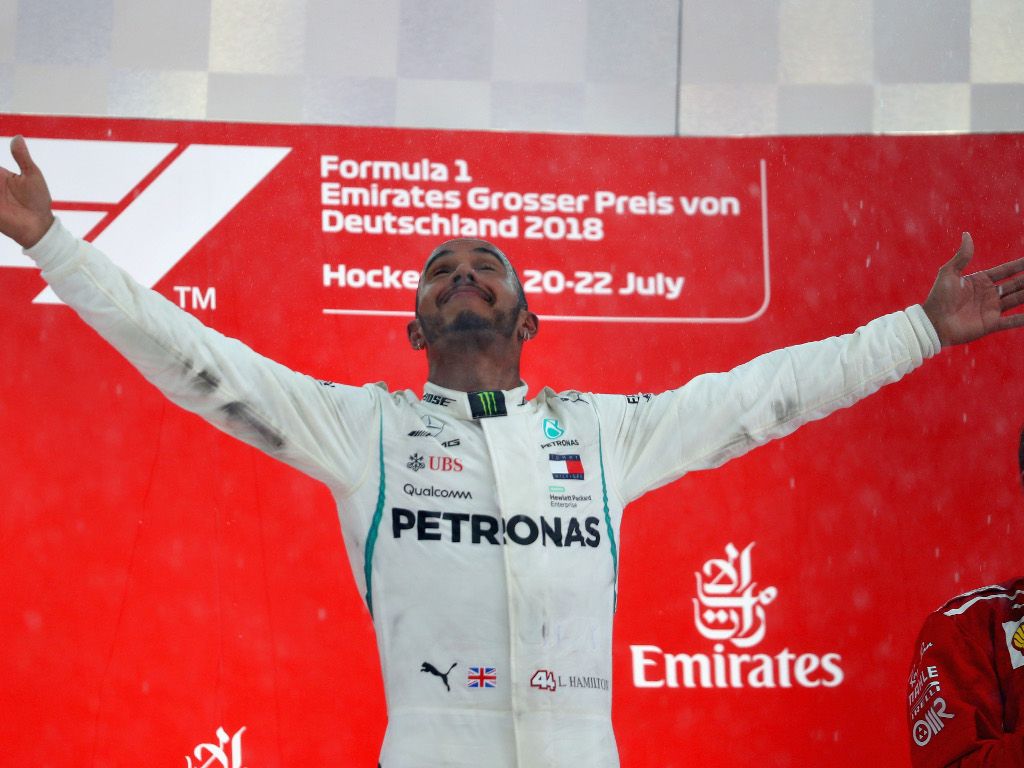 Although acknowledging he benefitted from Sebastian Vettel’s crash, Lewis Hamilton says his German GP was right up there with those races that are “better than your best”.

With a new two-year deal in hand, the Mercedes driver lined up 14th on the Hockenheimring grid after a hydraulic problem curtailed his running in qualifying.

Hamilton was already inside the points on lap four and worked his way into the top three when he finally pitted on lap 43, swapping his soft tyres for fresh ultras.

What looked to be an almost-certain Vettel victory came to naught when he crashed on a slippery track with the ensuing pit stops leaving Hamilton up in first place.

On the restart he was briefly attacked by Valtteri Bottas before the Finn was told to hold station and the Mercedes drivers raced to the 1-2 at the team’s “second” home race.

“The mistake from Sebastian today has been a benefit to us at Mercedes,” Hamilton said in the post-race press conference.

“It is great to be here at Mercedes home ground, our second home, and to get the 1-2 particularly after they just re-signed us and confirmed their confidence in us.

“It is just a tremedous day for us.

“I don’t remember, I’ve never had, a race like this.

“After racing for so many years you never know when you are going to have another good race, to have a better race than your best, and this is now up there.”

Despite starting 14th on the grid, the Brit insisted he always believed he could win the grand prix.

“I did,” he replies. “It’s obviously very, very difficult from that position and highly unlikely but you’ve always got to believe

“I just wanted to stay calm and collected. I’m so grateful, I kept pushing and kept believing and it happened.

“I really manifested my dream today.”