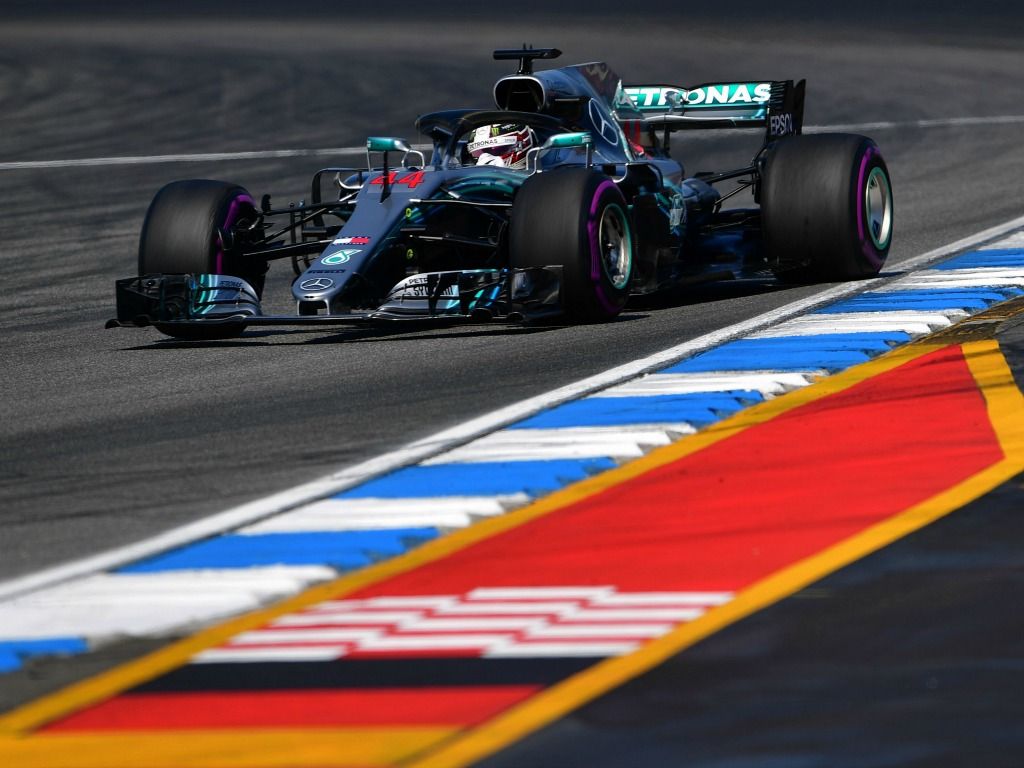 Lewis Hamilton has said that the high temperatures at the German Grand Prix are making it “very demanding”.

The four-time World Champion came a close second to a different Red Bull in both of Friday’s practice sessions at the Hockenheimring.

Daniel Ricciardo topped FP1, while Max Verstappen headed up FP2. Hamilton was just 0.004s and 0.026s behind, respectively, on the 73-second lap.

The Brit said that the conditions were making it tough for the drivers, though.

“The weather is amazing: it’s very hot, which makes it very demanding and physical in the car,” Hamilton said.

Despite the hot temperatures in Germany, the reported £40million-a-year man said that the Mercedes felt good, but they needed to practice their getaways.

“The car was feeling good, but it is very close, so there’s lots of work to do tonight,” he added.

“We’ve been working on our starts, making sure to get a better understanding of the tyres and tyre temperatures and trying to be as perfect as we can in that area.”

Come Saturday afternoon, the four-time World Champion believes that it is anyone’s game for pole position.

“Both Ferrari and Red Bull were very quick today and I think it will be very similar tomorrow and on Sunday,” the Brit continued.

“It’s going to be a serious challenge and it’s not an easy track to get right, so we will have to give it everything.”