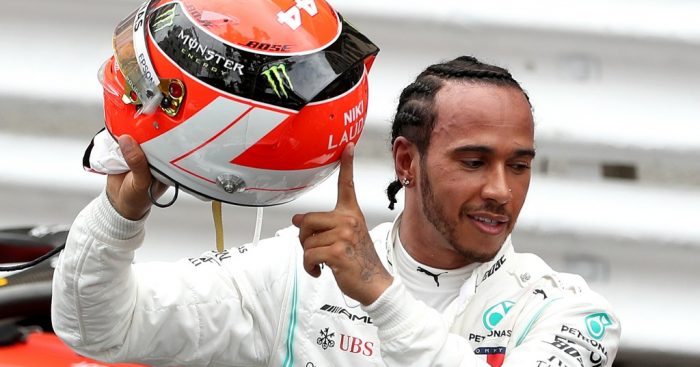 Lewis Hamilton was reminded of the Chinese Grand Prix in 2007 as he struggled with tyre wear to win the Monaco Grand Prix.

An early Safety Car period saw Mercedes switch Hamilton to the medium tyres, whilst the likes of Max Verstappen, Sebastian Vettel and Valtteri Bottas were all on the hard compound until the end of the race.

Hamilton was on team radio constantly to tell the pit wall just how much he was struggling and the strategy evoked memories of when McLaren’s call to keep him out for a long time led to him coming to a stop on pit entry.

That day, after starting from pole position, Hamilton had a chance to win the World Championship.

12 years later, though, a much happier outcome occurred, with Hamilton holding on and extending his current World Championship lead to 17 points.

“I’ve not driven on empty tyres like that since Shanghai 2007,” Hamilton told David Coulthard in the post-race interviews.

“When McLaren left me out for a ridiculous time. It was tense but I was never going to come in.

“A few years ago I was in the lead here and came in for a pit stop…I learned the hard way as I lost the race.

“So I wasn’t going to come in. I was either going to crash or finish. I was driving around on nothing, you could see how much understeer I had.

“The car just wasn’t turning. Ultimately I do think it was the wrong tyre.

“But this team has done an incredible job. What we’ve achieved in this first six races is remarkable. I’m so proud to be a part of it.”

Hamilton and Verstappen made contact in the closing stages, but the Brit brushed it off as a “light touch” as stewards investigated the incident.

He said: “It was close. A bit of a late dive, luckily I saw him last minute, but his front wing was alongside my rear wheels so he wasn’t really pulling past.

“A light touch and we moved on.”

Hamilton also paid tribute to the late Niki Lauda and tried to use his fighting spirit to help him win for a third time in Monaco.

“That was probably the hardest race I think I’ve had,” he added.

“Nonetheless, I really was fighting with the spirit of Niki. Niki’s been such an influential person in our team helping us to get to where we are so I know he’ll be looking down and taking his hat off today.

“I was just trying to stay focused and trying to make him proud. That’s kind of been the goal all week and we’ll try to continue that through the year.

“We truly miss him.”