Home News Hamilton had ‘one little spin’, Rossi had three 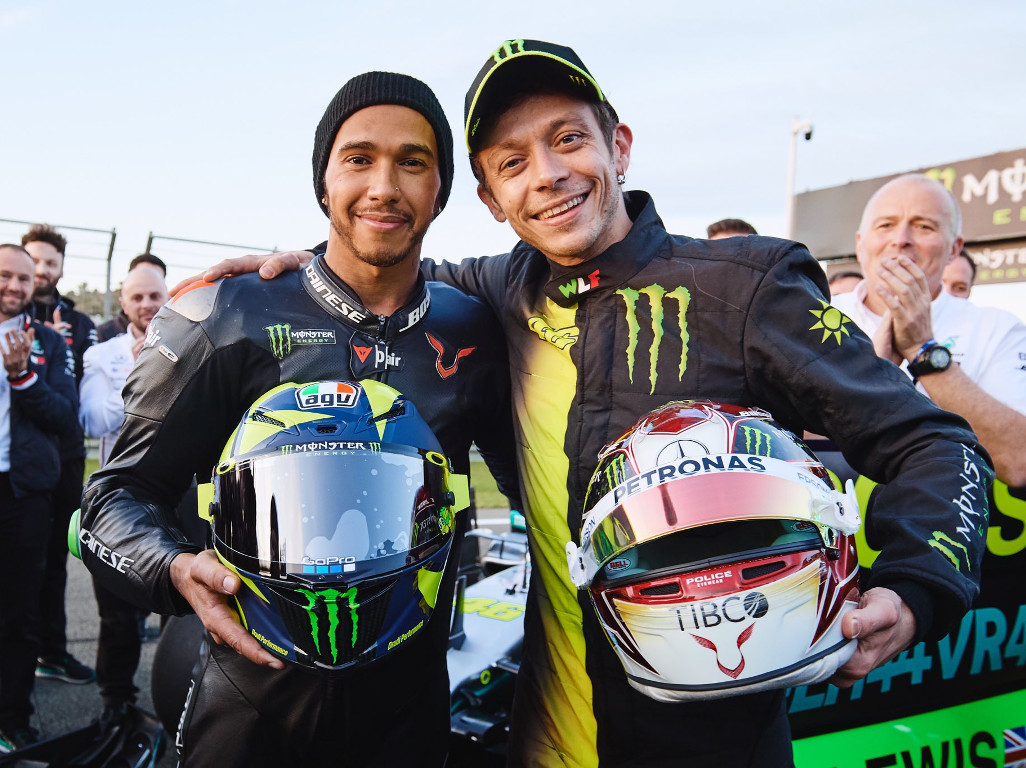 Lewis Hamilton did have one moment when he tested Valentino Rossi’s Yamaha at the Valencia circuit on Monday with details of the swap finally revealed.

Hamilton and MotoGP legend Rossi took to the Spanish circuit on Monday morning, both putting in the laps on a 2019 Yamaha MotoGP YZR-M1.

Reports in Italy on Wednesday claimed that Hamilton went down on one of his laps with the reigning F1 World Champion confirming he did have “one” spin.

RIDE SWAP! 🤯 @lewishamilton and @valeyellow46 in the @f1/@motogp crossover the world’s been waiting for! 🔥🔥🔥 Watch LH, VR mixing it up with the @monsterenergy crew 👊#LH44VR46 @yamahamotogp

“The bike is so hard to ride,” Hamilton told Sky Sports News.

“I did have one little spin with it but I brought it back in one piece.

“Honestly, this has been the best year and this [swap] just tops it off,” he added.

“I wasn’t expecting to get to December and have this kind of high.

“Now I’m looking forward to seeing family and spending Christmas with everyone.

“I just want to wish everyone a great Christmas and happy holidays.”

The Italian was impressed with Hamilton’s handling of his M1.

He told Autosport: “I was a big fan of Lewis’ before but now I am even more.

“We had a fantastic day, where the two top classes of motorsports not only met but worked together.

“I felt like a real F1 driver for a day. I didn’t want the day to end.

I also rode the YZR-M1 on track with Lewis. It was a proud moment for the team to share our passion with him.

“Technically, Valencia is a hard track and today was windy so, at one point, I thought it would be difficult for Lewis to continue, but he was brilliant on the bike and his position on the M1 was great.

“I think he had loads of fun, which is the main thing.”