Home News Hamilton had to be ‘careful’ with Max and Kimi 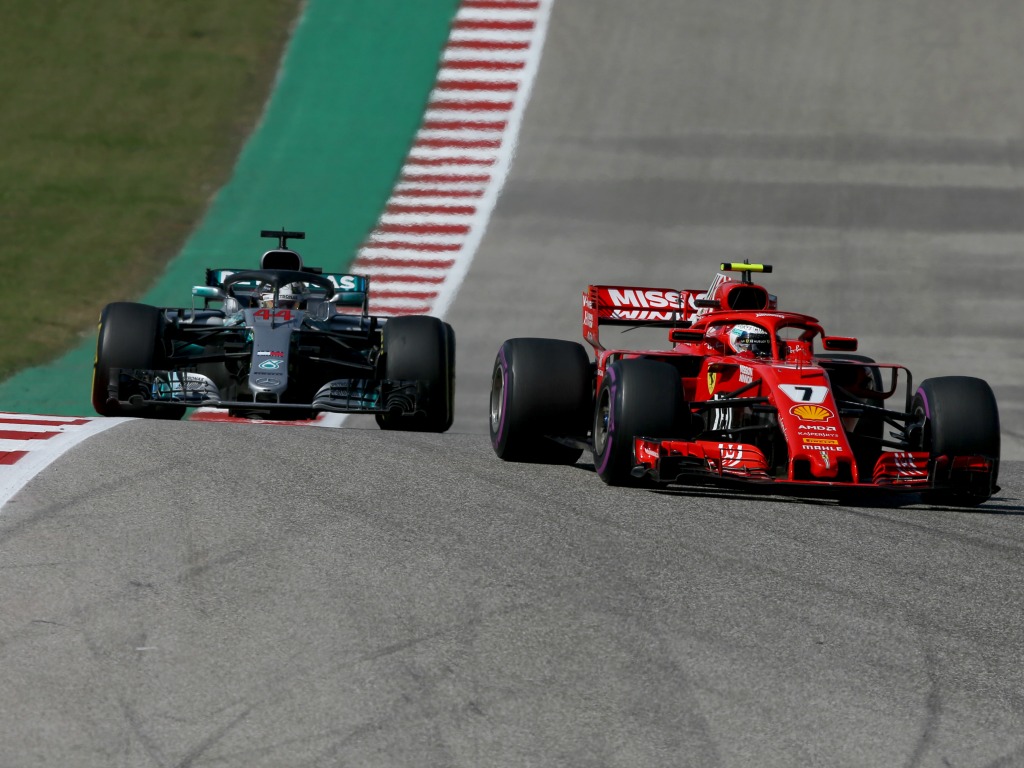 Lewis Hamilton has admitted that he was very cautious with how he drove around Kimi Raikkonen and Max Verstappen on Sunday.

Both the Ferrari and Red Bull finished ahead of the third-place Brit in the United States GP, but neither have Championship hopes at this late stage.

Only Sebastian Vettel can stop Lewis Hamilton from securing a fifth World Championship, and the German finished behind the Brit in P4.

The Mercedes man made sure that he was cautious around both Raikkonen and Verstappen to not lose any ground in the title race.

“Honestly I was trying to win the race but you look at the two guys next to me, they’re not fighting for a championship so I had to be very, very careful how I navigated around them,” Hamilton said after the race at COTA.

“Championships are not won by fighting and making silly mistakes.”

His German counterpart has made several of those in the second half of the season, including crashing out of the lead in Germany.

Vettel also went into the side of Max Verstappen in Japan, sending his Ferrari into a spin. Hamilton did not want the same thing happening to him in Austin.

The Brit had the chance to take P2 off the Red Bull driver in Sunday’s race, but did not want to risk damaging his Mercedes by trying to get past the Dutchman.

Watch: Max Verstappen raced out of his boots in Austin

“I gave him way too much space just to be sure that I didn’t get clipped, for example, didn’t get taken out because I didn’t know if you would understeer into me or could be aggressive,” the four-time World Champion added.

“The key was that I at least finished ahead of Seb [Vettel] and for me it doesn’t matter when you win the Championship as long as you get it done.”

A P3 finish in the USA is all the more impressive considering Mercedes had to change parts on their cars on Sunday morning.

They changed the fuel pumps in both cars after a problem was spotted on Valtteri Bottas’ car. There were indications of the same issue in the Brit’s W09.

“You saw the car was in a million pieces this morning so it wasn’t ideal for the race,” he added.

“Probably if we hadn’t had to have a morning like that our race outcome would have been a bit different.”

However, Hamilton also admitted that there were other reasons as to why Kimi Raikkonen was able to win his first race in 113 attempts.

“I think they gained some pace and we lost some. I’ve asked them to go and dig, find out why,” the Brit continued.

“But then there’s more on top of that, that we’ve just been talking about.

“Plus in the race for example there was some debris, some damage on the floor, all these different things add up through the race.

“There was a couple of tenths from floor damage. Everyone else maybe had the same thing.

“And then we had another problem which, we don’t know how much time that was.”

Hamilton was forced into a two-stop strategy after suffering from blistering on his rear tyres whilst on the softs.

However, he was not expecting to pit twice, and neither were the team.

“Today an outlier was that we didn’t have great pace and we had worse tyre usage than everyone else which is rarely ever the case,” the Brit admitted.

“I think we were forced into a two-stop race for certain things that we had that weren’t ideal with the car.

“We didn’t know that was going to be the case when we got into the race. It was a real struggle. The car was a real handful today.

“Ultimately we wanted to win the race today and I think going backwards two steps is not a good result but…you can’t win them all, you can’t always get them perfect.”

Lewis Hamilton will take a 70 point lead to Mexico, where a P7 finish will be enough to see him win that fifth world title.