Home F1 Races German Grand Prix Hamilton in P14: ‘It’s not going to be like Silverstone’ 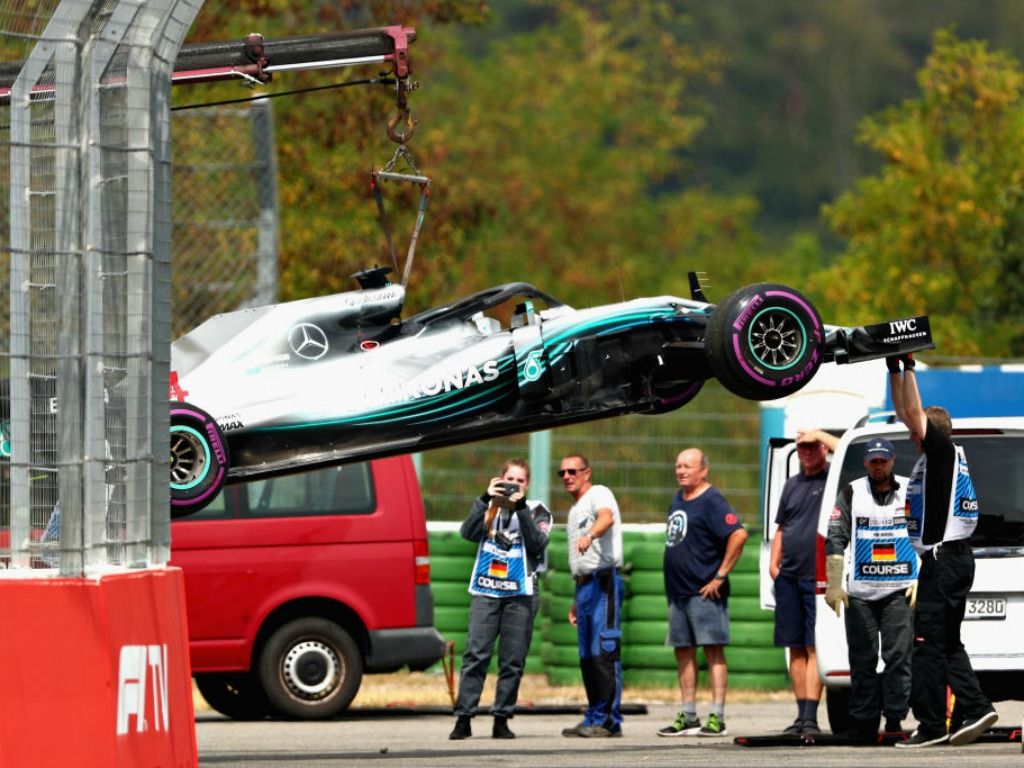 Lewis Hamilton is pessimistic about his chances at the German Grand Prix after a hydraulic issue prompted an abrupt end to his qualifying session.

Hamilton is set to start from P14 at the Hockenheimring after becoming stuck in fourth gear during Q1 and told to stop the car because of an hydraulic issue.

Desperate to get back going again, Hamilton hopped out of the car on track and tried to push it back to the pit lane, but would soon cut a distraught figure when the tow truck arrived to take his car away.

Hamilton had to come from the back of the grid at the previous race in Great Britain after being hit by Kimi Raikkonen.

And he faces another Sunday afternoon of working his way through the field in Germany. However, he feels a P2 finish that he earned at Silverstone is going to be out of reach.

"You've just got to suck it up and move forwards"

It was a tough day at the office for Lewis Hamilton

But he's determined to make up ground during Sunday's race#GermanGP 🇩🇪 #F1 pic.twitter.com/oXwz7crSW0

“It definitely was a tough one but these things happen,” Hamilton said in the paddock.

“All you can do is try and gather your thoughts and live to fight another day, another opportunity to rise, so I’ll give everything tomorrow to see how high I can get up but it’s not going to be like Silverstone.

“I’m sure I’ll be able to get through to some point, but to where I don’t know.”

Asked if the hydraulic failure was caused by hitting the kerb at turn one, he replied: “It happened before then.

“You use the kerb the same every lap. Just before the kerb I think the steering broke so I think that’s the issue.

“I saw there was leaking oil and I knew that I had to stop and let them put the car away somewhere. I have the will to not want to give up, I just want to keep pushing.”