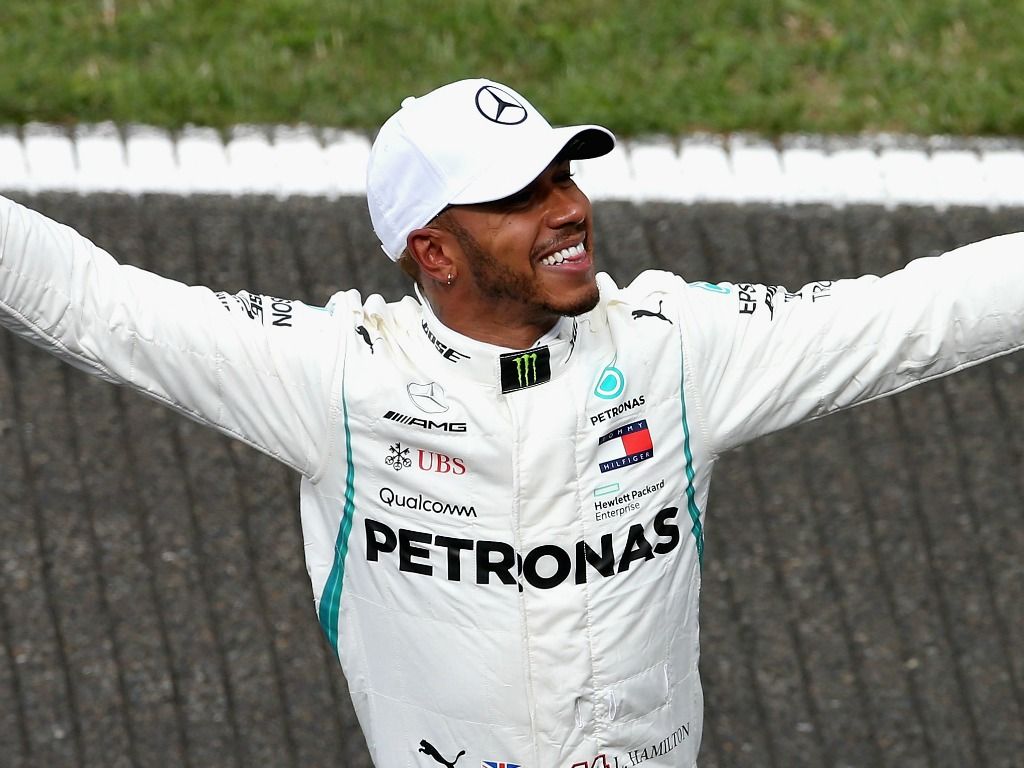 Pole-sitter Lewis Hamilton does not think he is “invincible” in the rain despite cruising to a record fifth pole at Spa in wet conditions.

Ferrari had been dictating proceedings for much of the weekend so far, but the rain ensured the momentum swung back into Mercedes’ favour once again with Hamilton clinching a record fifth pole at Spa.

“It was one of the toughest qualifying sessions I can remember,” Hamilton reflected.

“We were very close, I was hopeful, Ferrari were very quick on the straights, then the rain came and I can’t stress how difficult it was.

“The track looked dry in some places, but it was actually wet. It was so hard, I went off twice, but so glad I managed to keep it together. Everyone is on the edge of their seats.”

YES Pole!! It was challenging out there and so close in the end. Everyone was on the edge of their seats! I can’t thank the team enough for everything today 🙏🏾. We move forward and place full focus on the race tomorrow. Let’s go!! 🔥@MercedesAMGF1 #F1 #BelgianGP pic.twitter.com/ooUUPR742G

Hamilton has proven time and time again his driving ability in the rain, but he insists he is not “invincible” in wet conditions.

“I love driving in the wet. I didn’t want it to rain, I was looking forward to it being close in the dry.

“Ferrari had the upper hand but I thought maybe I had enough to get ahead of them, which is an exciting prospect.”

On the title battle with Ferrari, Hamilton added: “It’s painful! But this is what the sport is all about.”

Hamilton is joined on the front row by rival Sebastian Vettel, while Valtteri Bottas is down in P19 due to engine penalties.