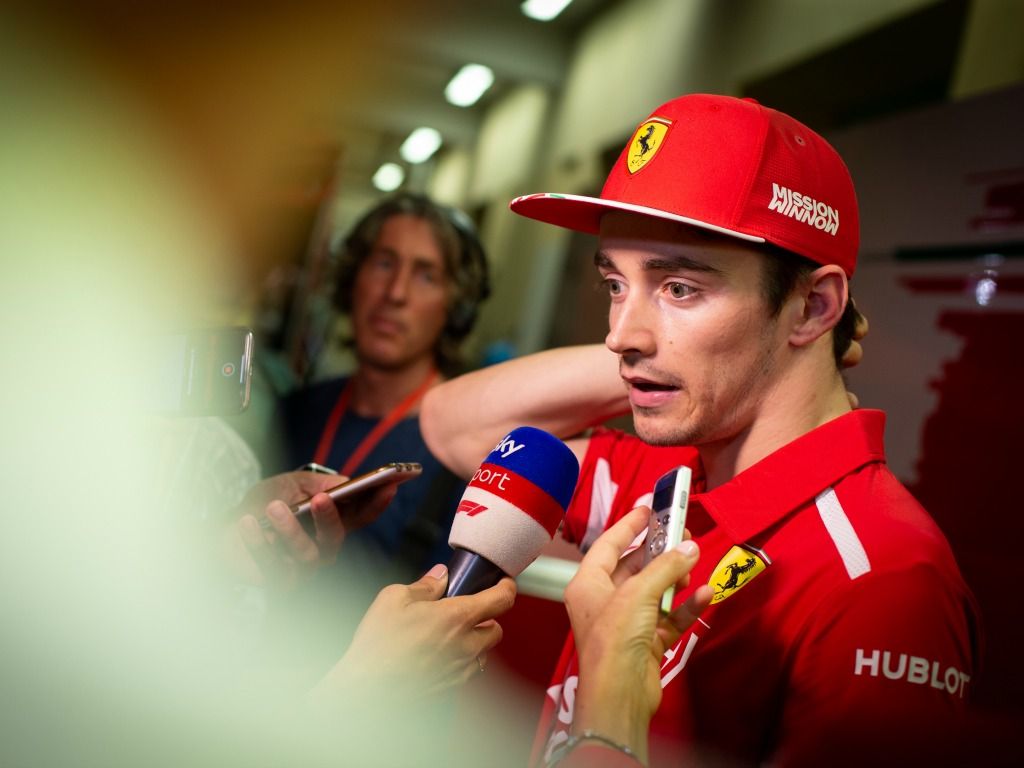 Lewis Hamilton has said it will be “interesting to see” how the new Ferrari line-up of Sebastian Vettel and Charles Leclerc will work.

Ferrari have already set their stall out by saying that Vettel would be given preferential treatment depending on how the 2019 title race develops, but Vettel is taking nothing for granted and sees his new team-mate as a “full rival”.

Hamilton was cautious to utter Leclerc and potential 2019 World Champion in the same breath, but does feel the Monaco man will “surprise many people”.

“Time will tell,” Hamilton said in his only scheduled press conference at the first pre-season test.

“I think it would be unfair to put that kind of expectation on his shoulders.

The five-time World Champion is interested to see how the new partnership works, especially after going through a youth versus experience scenario himself at McLaren.

He added: “But, you’re talking about a veteran [Vettel], a four-time world champion. There’s no substitute for experience, so it will be interesting to see how those two parallels work together.

“Sebastian is a multi-world champion and Charles has lots of experience to go through, but the great thing with a youngster is that you’re energised beyond belief, determined and you have more energy than the others do.

“It will be interesting to watch. I’ve been in that same situation with McLaren.

“You’ve seen it in one realm, it will be interesting to see it in another.”