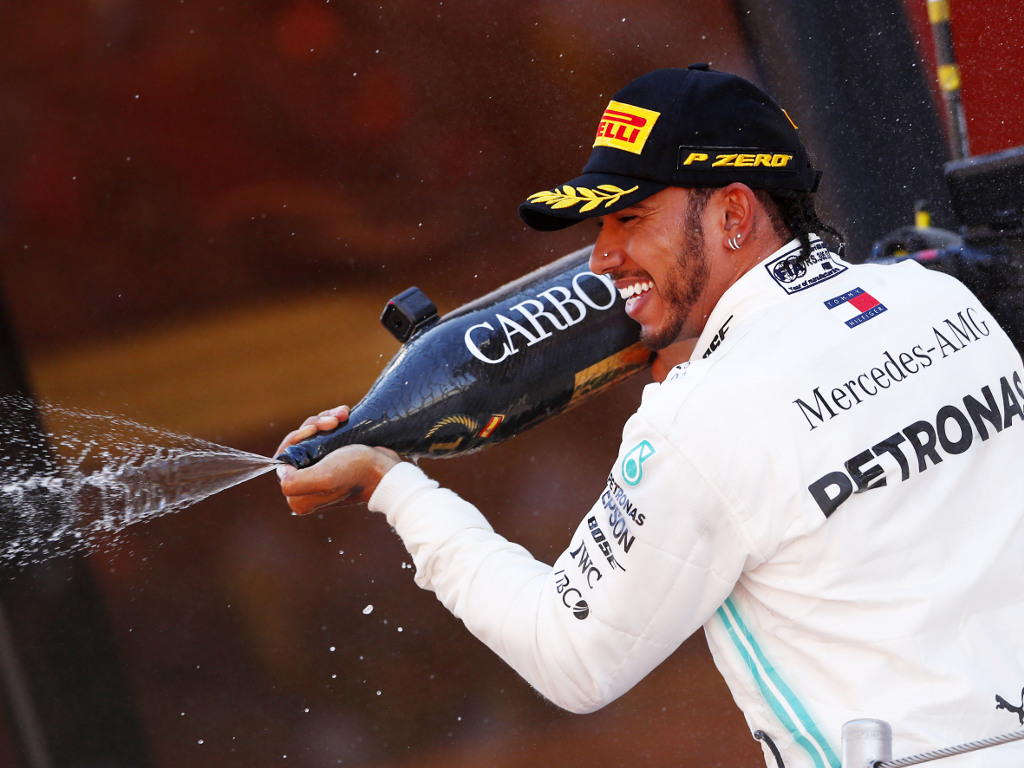 With this season shaping up to be a team-mate versus team-mate battle for the World title, Lewis Hamilton says fans cannot blame Mercedes for the lack of competition.

Although this year’s championship began with an expectation that Ferrari would take the fight to Mercedes, it has turned out to be a Mercedes versus Mercedes battle.

Hamilton and team-mate Valtteri Bottas have claimed the 1-2 in all five grands prix to race to a comfortable lead in the Drivers’ Championship.

The Brit, though, admits he would have liked a bit more competition from outside Mercedes.

“It’s not as much fun, for sure as when you’re competing against another team,” Hamilton said. “That’s what Formula 1 is about.

“That’s the exciting part, when you arrive and you’re competing against one or two other teams who are also bringing their A-game.

“Naturally in those teams, that’s another two drivers.

“That puts another spanner in the works and often when the cars are close, there’s strengths and weaknesses of either team, and how you play those and benefit from those, it’s awesome.

“But when that’s not there it’s definitely not as exciting from a competition point of view.

“Racing within a team, it’s not really how Formula 1 should be in my opinion.

“But it is how it is right now and it has been those ways in the past as well.”

The Brit, though, was quick to state that fans cannot blame Mercedes for this year’s watered down rivalry.

“People watching might be unhappy with the gap we have to the Ferraris. Of course we want to be as quick as we can be, we don’t know why the others have fallen off a little bit,” he said.

“It’s not our fault. It’s not these guys’ (his team-mates) fault that they are really great at their job.”