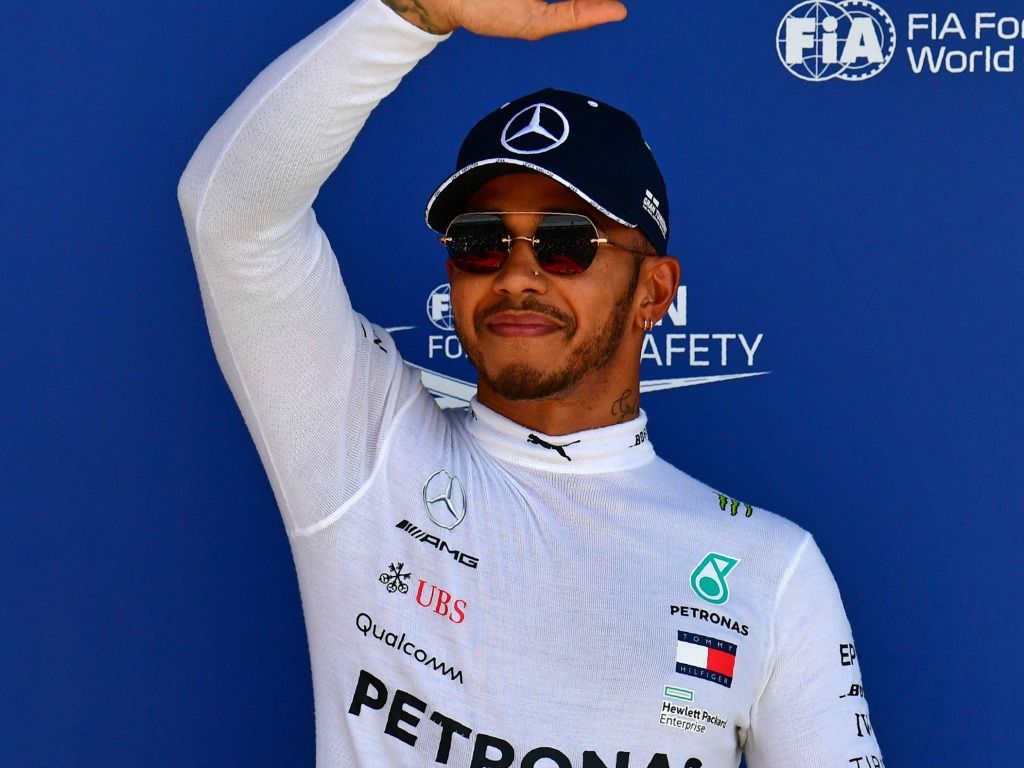 Lewis Hamilton was overcome with emotion after wrestling pole position away from Sebastian Vettel ahead of the British Grand Prix.

Hamilton and Vettel traded blows in a thrilling qualifying session, with Vettel initially silencing the British crowd by planting his Ferrari on provisional pole by 0.057 seconds.

But, the home favourite responded with one of his trademark ‘Hammer Time’ laps, and sent the packed grandstands wild with a stunning 1:25.892.

He pipped Vettel by 0.044 seconds, while Kimi Raikkonen was only 0.098 seconds away from pole position himself in one of the most memorable qualifying battles in recent times.

.@LewisHamilton stormed to his fourth pole in a row at Silverstone on Saturday to the delight of home fans #BritishGP 🇬🇧 #F1 pic.twitter.com/xsNMFdbCCM

“These guys are the best,” said an emotional Hamilton, referring to his home fans.

“Oh man, I gave it everything I could, and it was so close with these Ferraris. and I was just praying I could do it for you guys.

“Without you guys, I wouldn’t have been able to do it.”

Hamilton, who now has a record six pole positions, was asked how this red-hot lap compared to others at Silverstone.

“It feels kind of night and day,” Hamilton added.

“These guys kind of pulled something special in Q2 and I knew we were up against it.

“To put together the laps was the hardest I can remember it being.

“It took everything from me to get it.

“Huge amount of pressure on today but so grateful for my team working so hard.”

Hamilton’s latest pole position was also his 50th for Mercedes and fourth in a row at Silverstone.