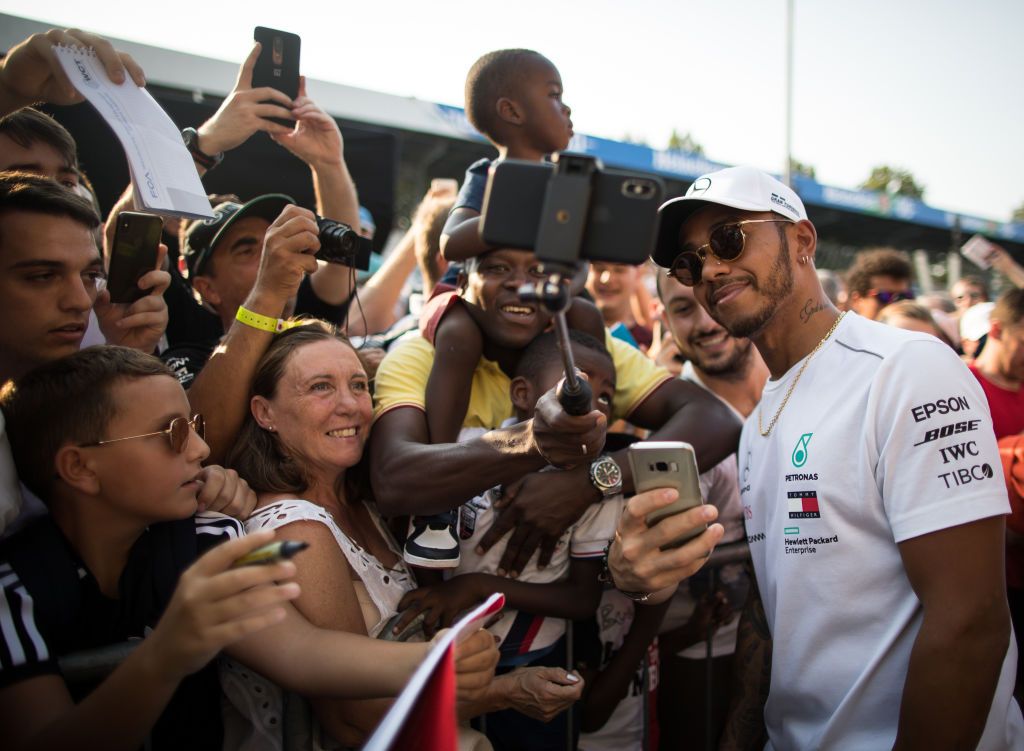 Lewis Hamilton missed all his media commitments on Thursday because of what Mercedes said was an “unavoidable personal commitment”.

The Briton did not arrive at Monza until Thursday evening and was also excused from the official driver autograph session but greeted fans on his belated arrival at the circuit ahead of Sunday’s Italian Grand Prix.

In Hamilton’s absence, it was left to Mercedes team-mate Valtteri Bottas to assess the team’s chances of successfully rebounding from Sebastian Vettel’s win in Belgium last weekend.

“In Spa we definitely saw on Sunday Ferrari were quicker than us,” Bottas said.

“Lewis and Seb were closer to each other in the beginning but Sebastian controlled the race. He definitely had the upper hand there and that’s why we expect coming here we are going to be the ones to chase them,” he said.

“We really need to improve our package if we want to win this championship,” he continued.

“We are very motivated. Worried is a little bit wrong word, we know the fact it’s going to be a big battle until the end of the year and we accept the situation that we need to improve the car in all the areas. We are not standing still.”

Meanwhile, Vettel is cautiously optimistic ahead of Ferrari’s home race.

“Everyone can feel something special is going on. We have a good car but we need to make it happen,” Vettel said.

He acknowledged that Ferrari were “going in the right direction” but stressed that rival Mercedes “is still very strong”.

“It is good to see we are getting stronger. In some areas, we have caught up. In others maybe we have a little bit of an edge. That is where we want to be, and maybe even beyond that,” the German said.

“We want to keep that level through the year, and if there is a gap to increase it,” Vettel said. “It is going in the right way but there are a lot of things that can be improved and we need to focus on those and go step by step.”

“It is a great feeling when you can fight for pole and victory. It is what you want.”

Hamilton has a 17-point lead over Vettel with eight races of the season left after the German’s win in Belgium.