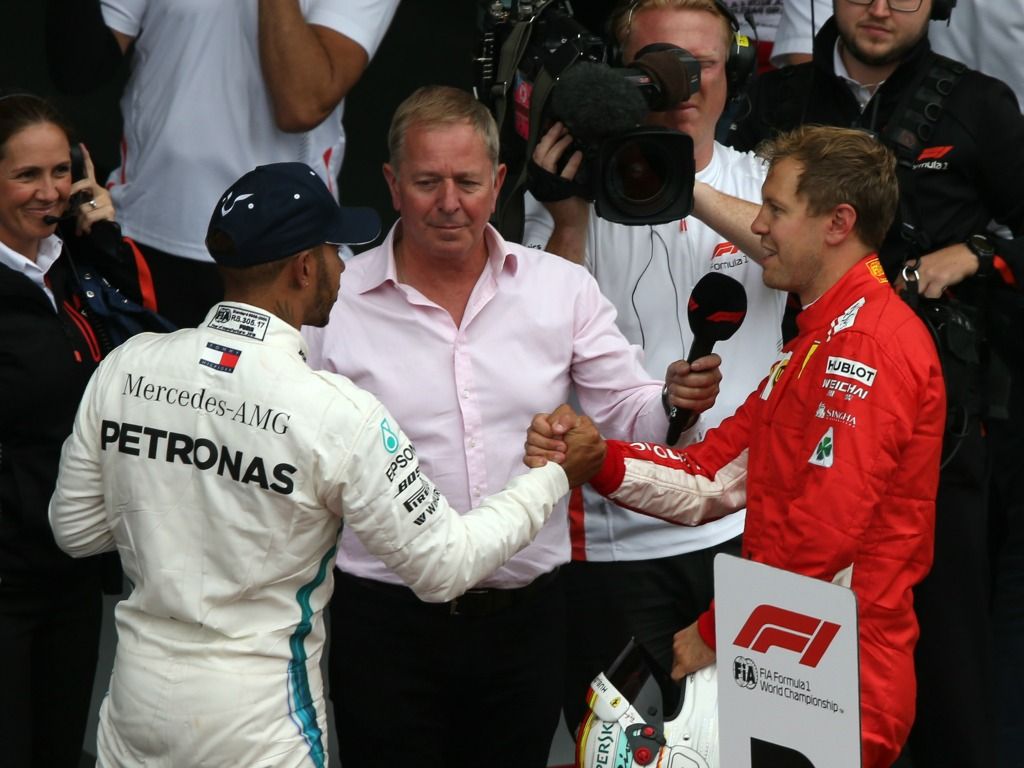 Lewis Hamilton has conceded there is “only a certain amount of times” Mercedes can bluff Ferrari in the World Championship fight.

The Brit landed a record fifth pole position at Spa, but was powerless to resist Sebastian Vettel and Ferrari as his title rival stormed to victory on Sunday.

The gap has narrowed to 17 points between himself and Vettel, and Hamilton has admitted that Ferrari have had the better car for quite some time.

“They’ve had the upper hand on us for some time,” said Hamilton. “The pendulum has swung a little bit.

“I would say the last two races in particular [before the break] we just did a better job.

“The cards we were dealt with, we did a better job with them – even though they had a better car.

“We’ve called their bluff almost. But there’s only a certain amount of times you can do that.

“If you keep playing a deck of cards and you’re bluffing, there’s only a certain amount of times you can do it before the opponent realises you’re doing that.”

However, Hamilton still retains some hope that Mercedes can get the better of Ferrari at some of the remaining tracks.

“There’s only a certain amount that I can do, I can’t always create miracles,” he added.

“There’s going to be times like [Spa] when it doesn’t work.

“We can still beat them at races, I just don’t know which ones that’s going to be in.”