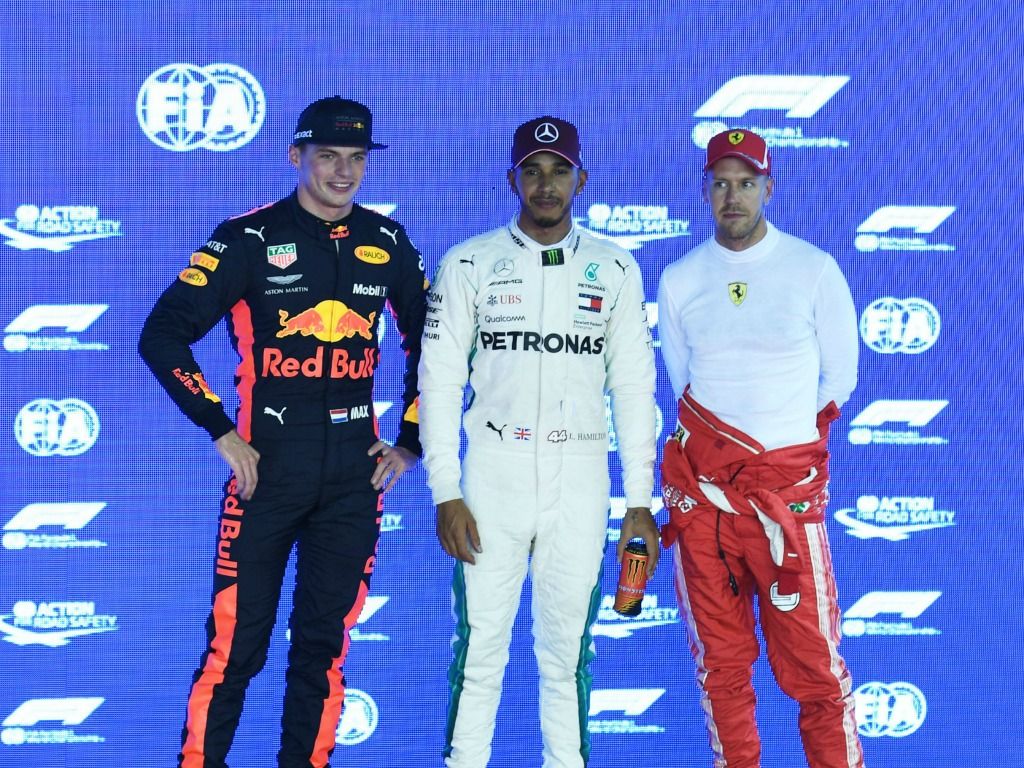 Lewis Hamilton reckons next season he will once again have a tough battle against Sebastian Vettel for the World title while he hopes Red Bull also play a part.

This year’s campaign was all about Hamilton versus Vettel as momentum swung between the two, who were both chasing a fifth World title.

A run of four successive wins from Hamilton when F1 returned from the summer break saw the Brit surge ahead, winning the title with two races to spare.

Next season he reckons it will once again be between himself and his Ferrari rival while also tipping his team-mate Valtteri Bottas to join the battle.

“I would imagine it’s going to be Sebastian,” the 33-year-old told Formula1.com when asked who he predicts will be his biggest rival.

“And Valtteri alongside me.”

The Brit, though, is hoping that Red Bull also play a role in the title fight.

The Milton Keynes squad is an unknown given their switch from Renault power to Honda engines.

Hamilton added: “They’ve been very strong at the end of the year, they’ve got a new engine next year. Will it be able to compete with ours?

“I hope so, because that would be epic if Red Bull could really start to mingle with us a bit more, weekend in, weekend out.

“They’ve got to obviously improve on their reliability, which has been a big downfall for them this year.

“So there’s lots of areas [to work on], but I really wish them all the best – and we are down for the competition that’s for sure.”