Home News Hamilton: Near-miss a rookie error on my part 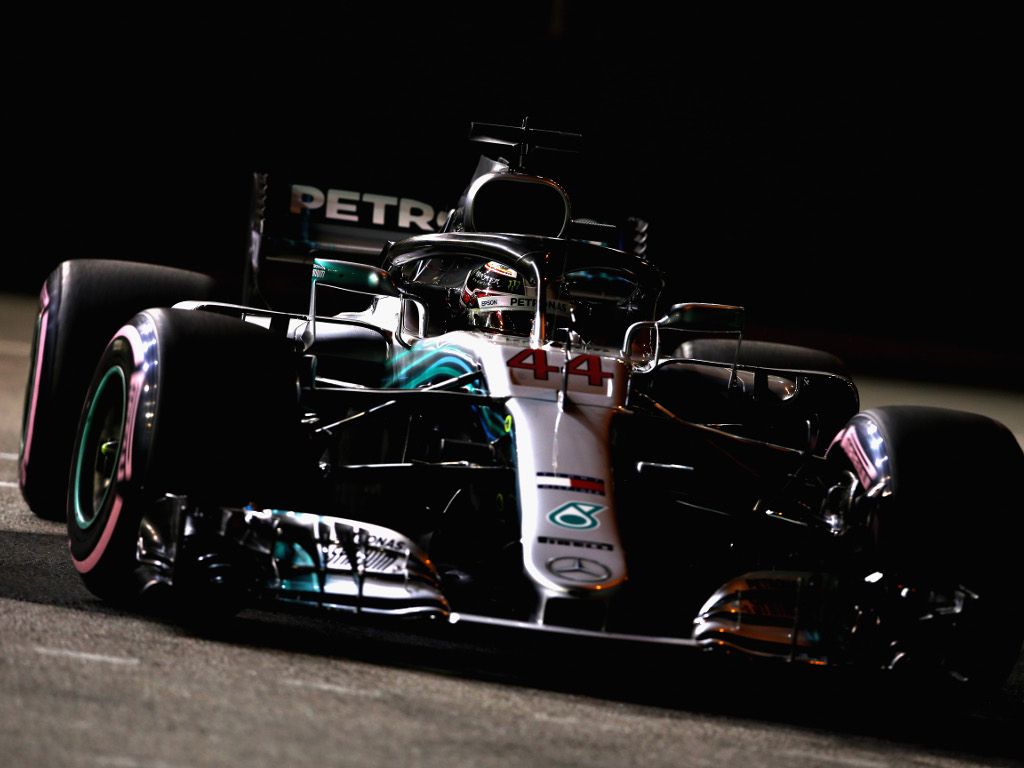 Lewis Hamilton has billed his near-miss with Sebastian Vettel in second practice for the Singapore GP as a “rookie error” on his part.

Laying down the laps under the lights at the Marina Bay circuit, Hamilton caught Vettel on the approach to Turn 14.

He tried to pass his title rival but instead locked up and nearly hit him.

Hamilton was able to take avoiding action, turning left and heading down an escape road.

Hamilton was lucky to not end up ploughing into the rear of Vettel a little while ago, as the championship leader locked up and was forced to take evasive action down one of the escape roads 😱

“Basically I let the guys [Vettel and Force India’s Sergio Perez] past and they both backed off, they were going quite slow, and I was trying to recover ground,” said the Mercedes driver.

“And I basically had my brake balance too far forward. And Sebastian tried to speed up, and then I locked up and I was going to hit him, so I had to shove to the left to avoid him and killed my tyre.

“Kind of a rookie error from myself, but that doesn’t happen too often.”

Hamilton was second fastest in Friday night’s practice, finishing behind Kimi Raikkonen while Vettel, who had a coming together with the wall, was P9.