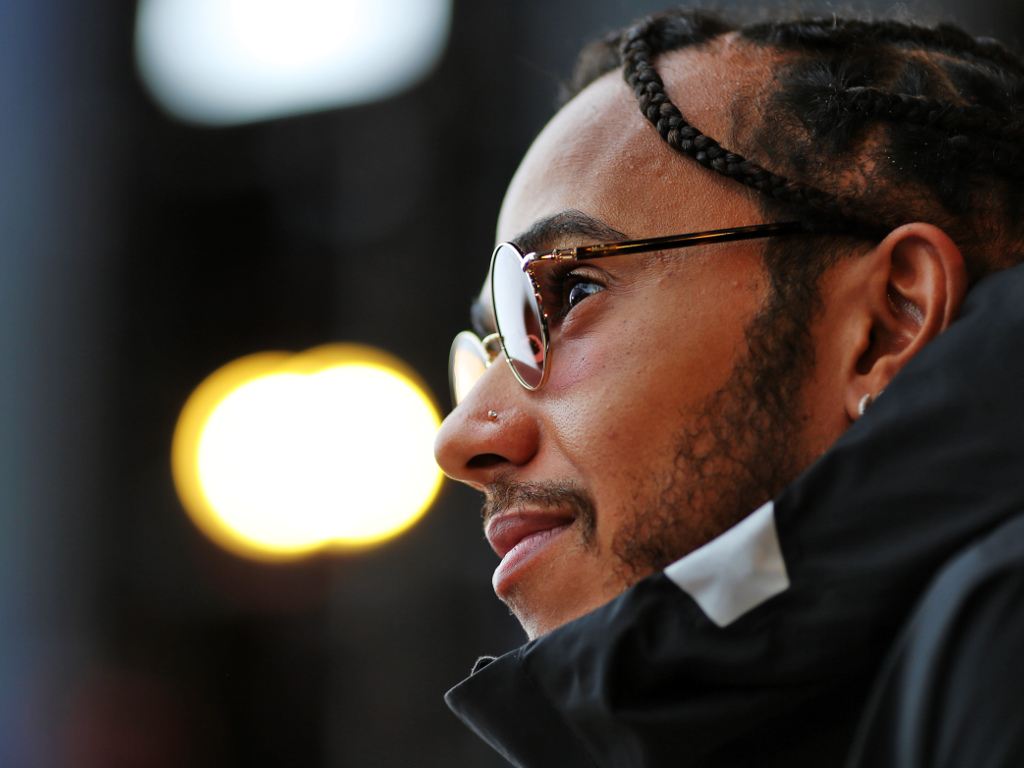 Lewis Hamilton claimed it was like trying to do “qualifying laps every lap” in an effort to keep up with Ferrari at the Russian GP.

Mercedes started the race with both Hamilton and team-mate Valtteri Bottas on the medium tyres as they looked to extend their first stint, but things didn’t get off to a great start as Ferrari perfected the tow to put themselves into a one-two at the front of the pack.

Hamilton would ultimately use the Virtual Safety Car period, triggered by Sebastian Vettel’s MGU-K failure, to jump Charles Leclerc and go on to take the win in Sochi, but he admits that keeping up with the Scuderia in the first stint was challenging.

“When we did the laps to the grid, I didn’t have a lot of grip,” Hamilton told Motorsport.com when asked about starting on the slower medium tyres.

“I was a bit worried. And then we lost a little bit from the initial phase [of the start], but then I wasn’t able to get to the tow because he [Leclerc] stayed on the left and gave Seb the tow.

“I tried to sneak in behind Seb but there was a McLaren there so I had no tow down to Turn 1 and I nearly lost another place.

Hamilton was five seconds behind Vettel when the German pitted, Mercedes planned to give Hamilton a shot at the win with fresher and faster soft tyres when he eventually boxed, though the VSC period totally changed that strategy as Hamilton pitted to take advantage of the reduced speed which the drivers were forced to lap at and take the net lead from Leclerc.

Although everything worked out superbly for Hamilton in the end, he does feel that starting on the soft tyres like Ferrari would have been the better strategy.

“Before the race we sat down and had our estimations of whether the soft tyres will last or not – either we’ll be correct or they’ll be correct,” Hamilton explained.

“Ultimately they were right, because the soft tyre was much stronger than we anticipated. Keeping up with their consistency and their speed was so hard. I wasn’t expecting that.”

It may have been through fortuitous circumstances that Mercedes got the win, but Hamilton stressed that it was an incredible team effort to seize the opportunity that presented itself.

“This weekend we knew that we had have to pull more out of this car and there was more potential there, but we didn’t know where it was,” said the Brit.

“I think we pulled ourselves a little bit closer to the Ferraris this weekend and it was just enough to get ahead of them.”