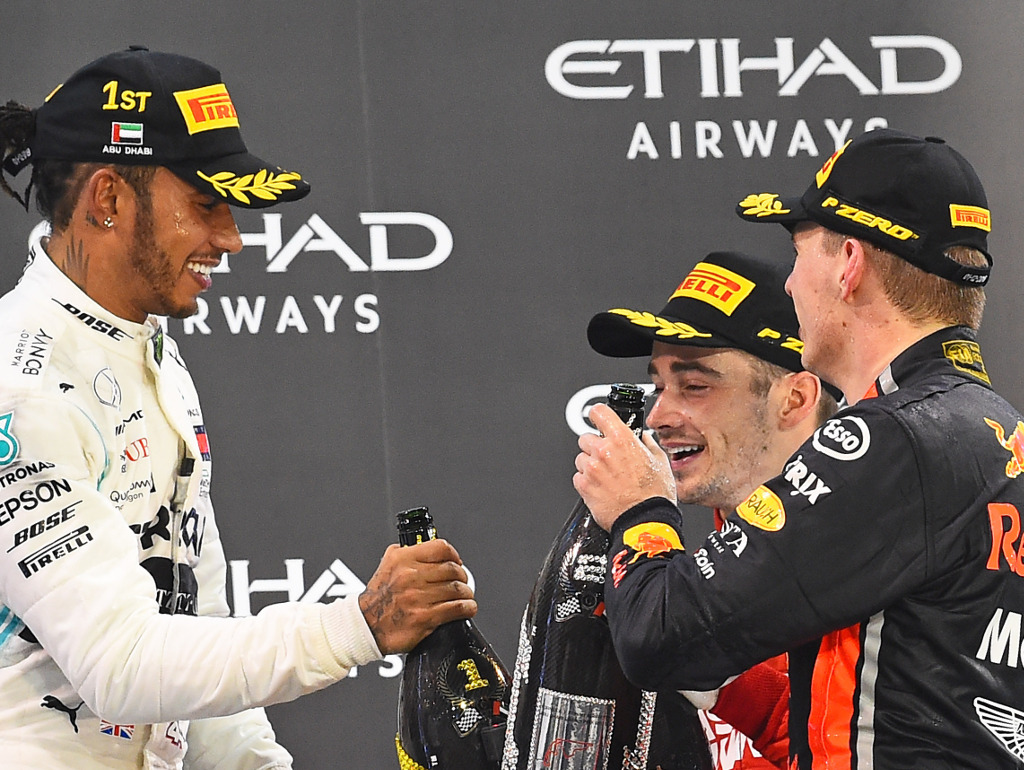 Lewis Hamilton feels it is a “privilege” to be racing against F1’s next generation of stars and hopes the battles are closer next season.

The British racer put in an emphatic display at the season-ending Abu Dhabi Grand Prix, taking the victory by 17s ahead of Max Verstappen.

They were joined on the podium by Ferrari’s rising star, Charles Leclerc.

But while Verstappen and Leclerc stood no chance against Hamilton at the Yas Marina circuit, both have added race wins to their tally this season.

They finished third and fourth in the Drivers’ standings, only behind the Mercedes team-mates.

“There’s a lot of youngsters coming through and, if you look at the grid, from second to seventh or eighth was all super youngsters,” Hamilton told Sky Sports.

“So really proud to be in a period of time where there are such great young people coming through.

“These guys have been doing a phenomenal job and I feel privileged to be in the period of time that they are here and looking forward to more close battles with us in the future.

“I hope it gets close for us next year.”

Hamilton, 35, hopes to be racing them for years to come.

“I feel fresh and ready to keep going – I wish I could keep going!” he said.

“What a way to end the season. As a team as a whole, just so strong. Valtteri (Bottas) did a great job as well.

“Just so grateful to everyone’s hard work this year and dedication and raising the bar.

“I would say, even more so, that the support has been just unbelievable.