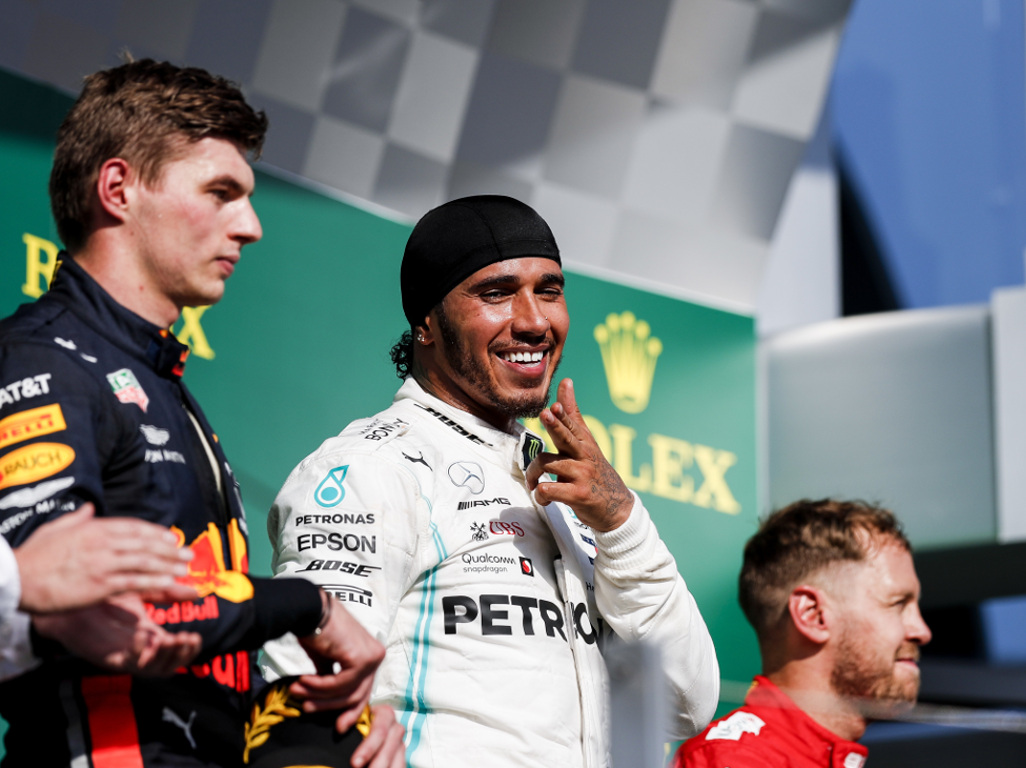 Heading into the summer break without a single win, Sebastian Vettel says his season is only a “five” while Lewis Hamilton, with eight wins, awards himself a “8.9, 8.8”.

2019 has not played out as Ferrari would have hoped.

Leading driver Vettel has yet to win a single grand prix with his closest effort being Canada where he was denied by a five-second time penalty for an unsafe return to the track.

As such the German, who was a distant P3 in Hungary, says he scores only a “five” for his efforts so far.

“Five, not happy with the first half,” he said.

“I think I struggled here and there to really get on top of the car. I think we’ve been trying a lot of things so fair enough.

“Obviously we wanted to squeeze out more so you’re always looking for more but I feel I can do a better job in the second half.

“And five is my number, so take five.”

Hamilton, though, reckons he has had a good start to this campaign.

While some would say with eight wins from 12 races and a 62-point lead in the standings, it would be a nine, if not 9.5, Hamilton feels he is just under that.

“If it wasn’t for the last one, the last race [Germany], it would be a little bit higher.

“I think the good thing is always to score yourself a little bit lower so you’ve more to work on.

“For sure, it’s been the best start of the season that I think we’ve ever had as a team and I think it’s one of the best seasons that I’ve had personally to start off, but there are areas that we can continue to work on.

“That’s the great thing about this sport, you know, no matter how many years and days you race there are always areas you can improve on. So let’s see if we can try and up that into the nines or try to get to the tens in the second half of the season.”

But while Vettel and Hamilton were willing to play the game, Max Verstappen says he doesn’t “rate myself in numbers.”

He explained: “I hate putting a number on it because it reminds me of school as well, which is not that long ago. I’m always quite critical and I think it always can be better.

“I’ll never be satisfied. I think it’s been very positive and I’ve had good results but there are always things to work on.”

Pushed by Vettel and Hamilton to give himself a number, with the latter saying Verstappen has “done a good job”, the Red Bull driver replied: “I know, but… I don’t know. I find it a bit weird to say an eight or…”