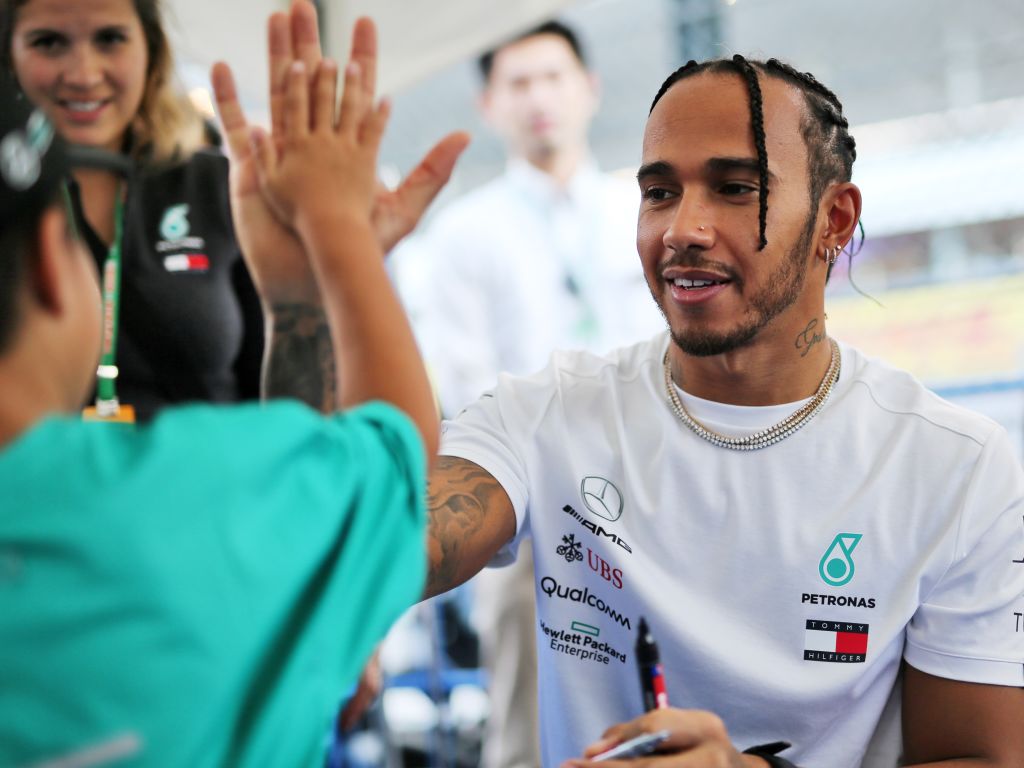 Lewis Hamilton believes the changed schedule for the Japanese GP made for a more entertaining Friday than normal.

With Typhoon Hagibis expected to batter the circuit on Saturday, FP3 has been scrapped while qualifying will now take place on Sunday morning.

These changes though meant that teams could now use all of the practice tyres during FP1 and FP2 on Friday.

Hamilton’s team-mate Valtteri Bottas topped both sessions ahead of the Brit, with the FP2 results potentially forming the grid if the track still isn’t fit for qualifying on Sunday, and Hamilton thinks that Formula 1 should look to make Friday’s more like this one in future to boost entertainment value.

“It’s actually been a much better Friday because normally we only have two tyres per session,” Hamilton explained to reporters at Suzuka.

“Maybe they need to bring us more tyres in the race weekend so we can do three runs.

“If we had three tyres in practice one and practice two and three for practice three, it would just be better for the running, for the fans, because we would be running from the beginning of the session – rather than waiting for 20 minutes before we then go out, so I think it’s probably better for the fans.”

But he recovered to take P1 and top both Friday sessions 💪#JapaneseGP 🇯🇵 #F1 pic.twitter.com/vT5uZ6gM05

Mercedes enjoyed a second-plus gap over the field after FP1, though Bottas’ buffer was cut to 0.281s by Max Verstappen in FP2.

But, Hamilton described it as a “straightforward” day of running for the Silver Arrows.

“It’s been a pretty straightforward day and we’ve got through our programme,” said the Brit.

“I think Valtteri had a little spin on one of the laps we were about to start but nonetheless it’s been a good day. Valtteri had good pace and was quick.”