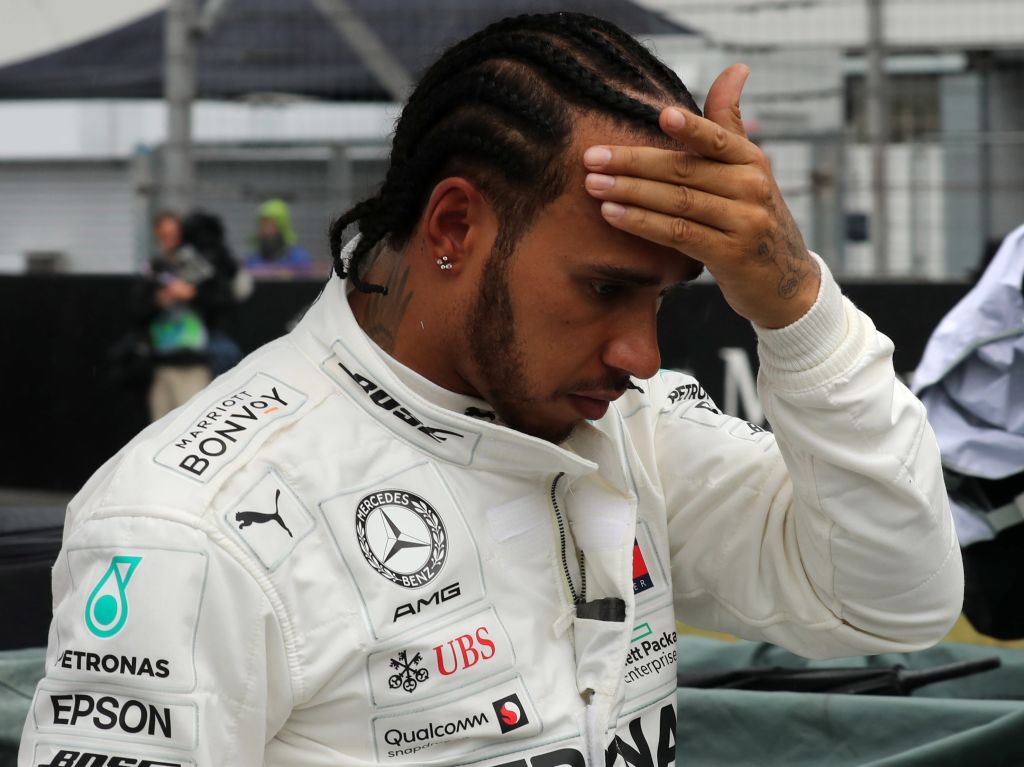 Lewis Hamilton branded his performance at the German Grand Prix as “probably the worst day I’ve had for a long time”.

The reigning World Champion started on pole and after getting away well retained the lead of the race and began building the blocks of a solid Sunday’s work.

However, after crashing at the penultimate corner as rain fell again, Hamilton was forced to make an unscheduled stop for a new front wing.

The mechanics weren’t ready for his stop, and he was later hit with a five-second penalty for missing the pit-entry bollard.

Another spin for Lewis Hamilton and more dicing with the barriers 😣

He manages to hold on but is currently down in P15#GermanGP 🇩🇪 #F1 pic.twitter.com/omMMElUIqM

Another spin later in the race, six pit stops and P11 – it truly was an afternoon to forget for the five-time champ. At least he was cleared following an investigation into possible infringements behind the Safety Car.

“It’s just been a bad day and a bad weekend. There’s not really much more to say really. It was probably the worst day I’ve had in the office for a long, long time,” he told reporters at the Hockenheimring.

“But you live and you learn. I don’t really know what happened today to be honest but I’m glad it’s over.

“Me hitting the wall wasn’t helpful and then putting on the slick tyres wasn’t helpful with it still raining, so it was just a combination of things.

“We’ve got more races up ahead so we just have to focus on regrouping and coming back stronger.”

Valtteri Bottas crashed out of the race so Hamilton retained his 41-point lead in the Drivers’ Championship over his Mercedes team-mate.