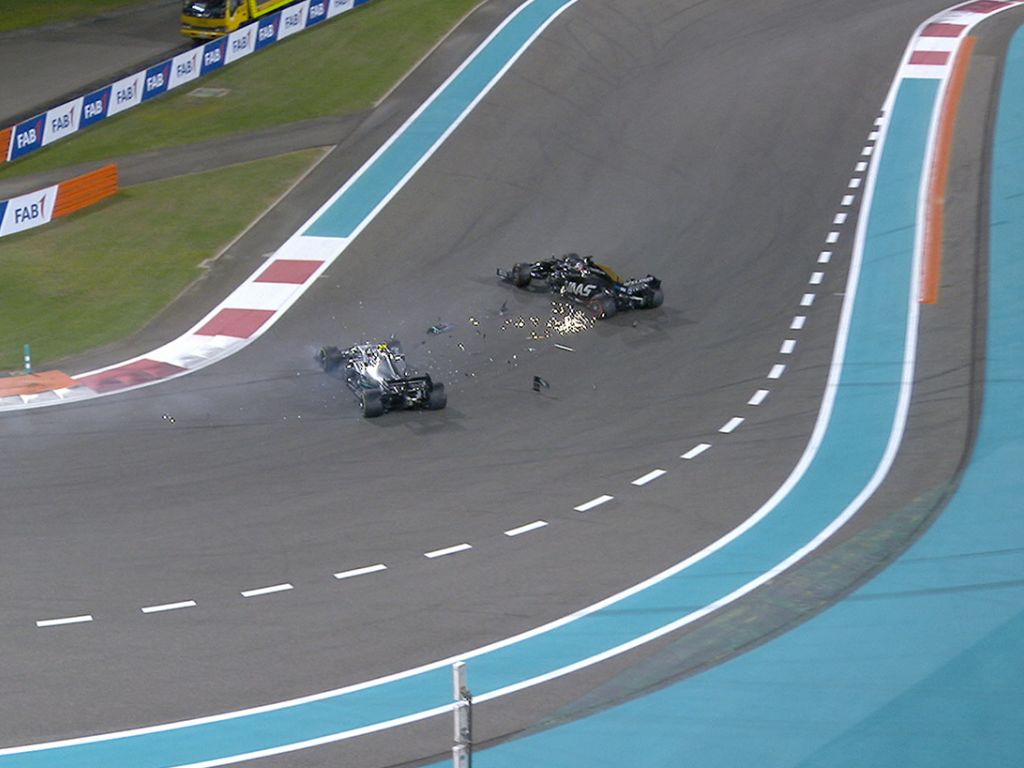 Valtteri Bottas’ weekend got worse yet after he steamed into the side of Romain Grosjean during FP2 at the Abu Dhabi Grand Prix.

There was a sense of deja vu as Mercedes changed Lewis Hamilton’s car number from 44 to 1,  just like they did in FP1 in Abu Dhabi last year.

Hamilton, who hates having number 1 on his car, will no doubt want that changing as quickly as possible!

The World Champion would then suffer some engine problems around halfway through the first practice session.

While Hamilton was able to get back up and running, there was not much joy for Daniel Ricciardo who suffered a fiery exit with 30 minutes left in FP1.

Daniel Ricciardo pulls over with an oil leak, and the session is stopped#AbuDhabiGP 🇦🇪 #F1 pic.twitter.com/17f9Q9VGK2

Pierre Gasly, who was right behind Ricciardo when it happened, got a visor full of oil for his troubles. 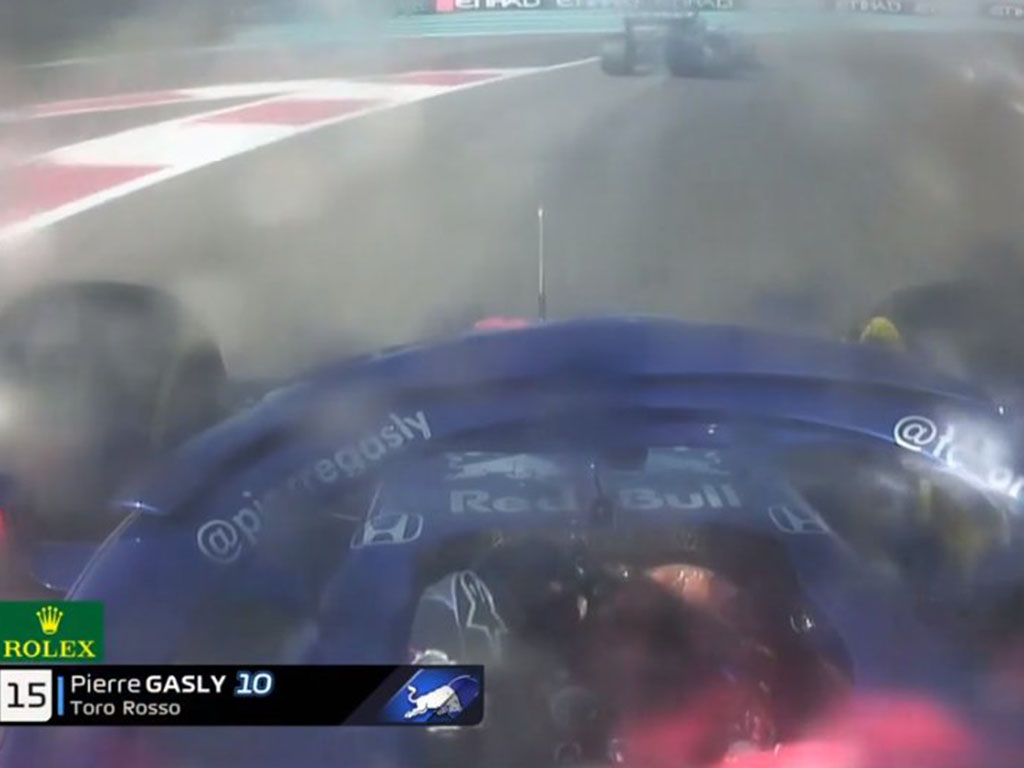 That wasn’t the end of the drama in FP1 as Sebastian Vettel bashed the barrier at T19 in the final couple of minutes.

Top of the charts at the end of FP1: Valtteri Bottas….

FP1 CLASSIFICATION@ValtteriBottas tops the charts, in an all @MercedesAMGF1 and @redbullracing top four#AbuDhabiGP 🇦🇪 #F1 pic.twitter.com/seoSD4ZyM8

Kevin Magnussen had an uncomfortable start to FP2.

"We need to box Kevin, we don't think it's safe"

Early problems for Kevin Magnussen, who is forced to box#AbuDhabiGP 🇦🇪 #F1 pic.twitter.com/FUjuwJMNN1

As FP2 moved beyond the 30 minute mark Leclerc went within inches of copying his team-mate’s FP1 crash.

💥 Charles Leclerc hits the barriers on the exit of Turn 19

He is forced to box – the Ferraris are struggling with the left-hander#AbuDhabiGP 🇦🇪 #F1 pic.twitter.com/H3ytiQY4I2

The front runners went for their qualifying sims on the soft rubber – Bottas emerged from round one with a three-tenth buffer over Hamilton. 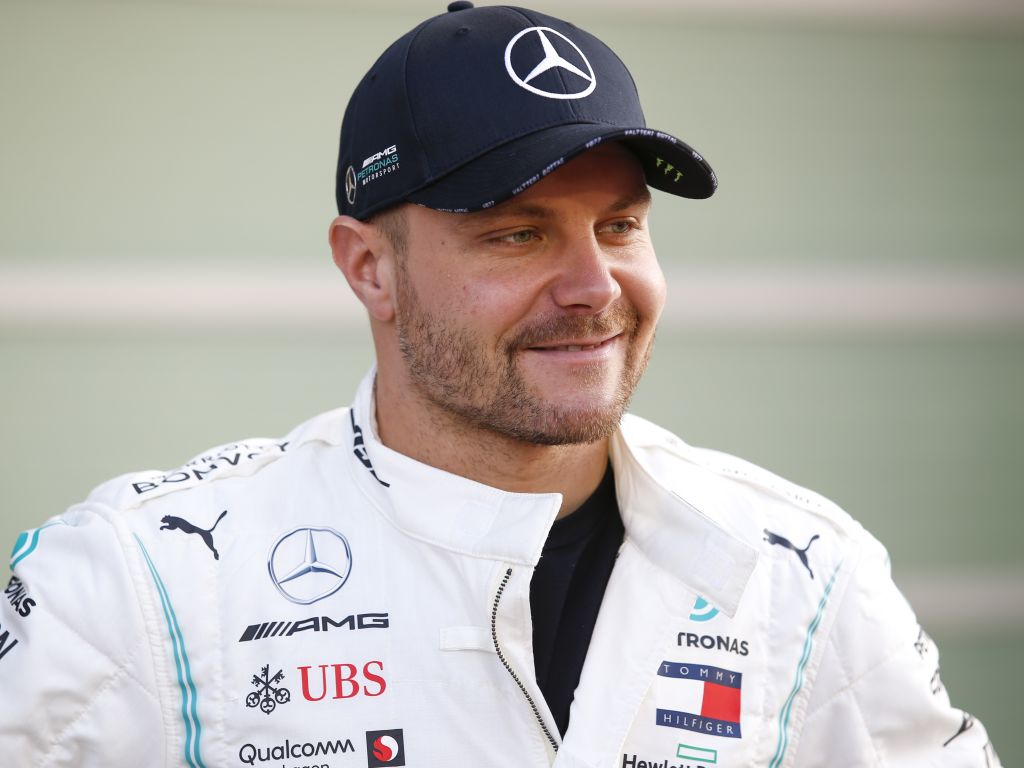 Meanwhile it seemed like Turn 19 was destroying anything Italian – Antonio Giovinazzi was its next victim.

With 20 minutes to go Bottas’ FP2 took an unexpected turn when he smashed into the side of Grosjean’s Haas. Out came the red flags.

The session went green again as Bottas re-emerged for the last five minutes.

Radio: "Valtteri and Grosjean. Valtteri was going down the inside and Grosjean turned in, so they hit each other."

Hamilton: "I could have guessed." #F1

After all that Bottas completed the Friday clean sweep by topping FP2.

And that's a wrap for FP2