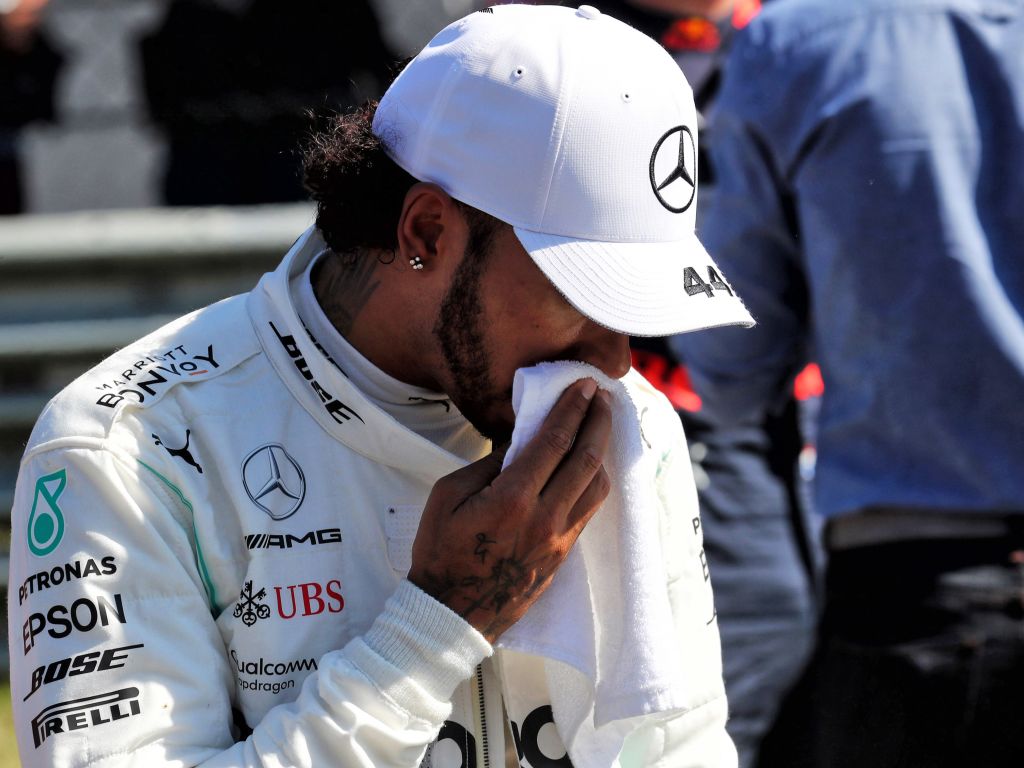 Lewis Hamilton has taken to social media to say he “totally deserved” his three-place grid penalty in Austria for impeding Kimi Raikkonen.

The Mercedes driver tried to react to the approaching Kimi Raikkonen in Q1, but he took the racing line into Turn 3 before going off the track.

Raikkonen made it clear that we wanted the stewards to give Hamilton a penalty, which they duly did, and the reigning World Champion agrees with his punishment.

“Totally deserved the penalty today and have no problem accepting it,” he wrote on his Instagram page.

“Was a mistake on my behalf and I take full responsibility for it. It wasn’t intentional. Anyway, tomorrow is another day and opportunity to rise.

“These things are sent to try us. We all have to push through whatever it is we are up against, whether right or wrong, just continue to believe in yourself.

“We have the power to overcome obstacles even when they appear too large a task. Stay on course and never give up.”

Hamilton now drops from P2 to P4, while team-mate Valtteri Bottas starts P3, but the Finn wasn’t happy with his “messy” performance in Q3 that left him half a second slower than pole sitter Charles Leclerc.

“It was a bit of messy Q3 in terms of traffic,” Bottas explained to reporters in Spielberg.

“We left already quite late for the first run. There were some cars backing off and everything but the first run was all good from that side.

“In the second run, everybody more or less parked on the last sector. We did have a bit of an issue with the communication, so the message for me was that I was going to make it to the line super-close, so in the last corner, after Leclerc got ahead of me, I was right behind him in the last corner.

“I was going super-slow, so I got a very poor exit out of the last corner and lost quite a chunk of time into Turn 1, plus the tyre preparation wasn’t there, after cruising around in Sector 3 on the out lap.

“On the last run I couldn’t get them into the sweet spot and it was a bit messy. We’ve already had a debrief and discussed the communications, so for sure we learned something today in terms of the information I need to get a good preparation.”

Despite the dominance Mercedes have shown up until now in 2019, Bottas doesn’t believe pole at the Red Bull Ring was ever a possibility.

He added: “I don’t think so. When I saw the time I thought we couldn’t match that,” he confirmed when asked if he could have claimed pole.

“Also, we’ve seen the data, and the gap is too big. We’re still quicker than Ferrari in all the corners, but they are making more gains on the straights and on this track they’ve been really strong.

“For me the maximum, for me, would have been P2 on the grid. I’m P3, so it’s not a disaster and it was a lot worse in Montreal, for example.”