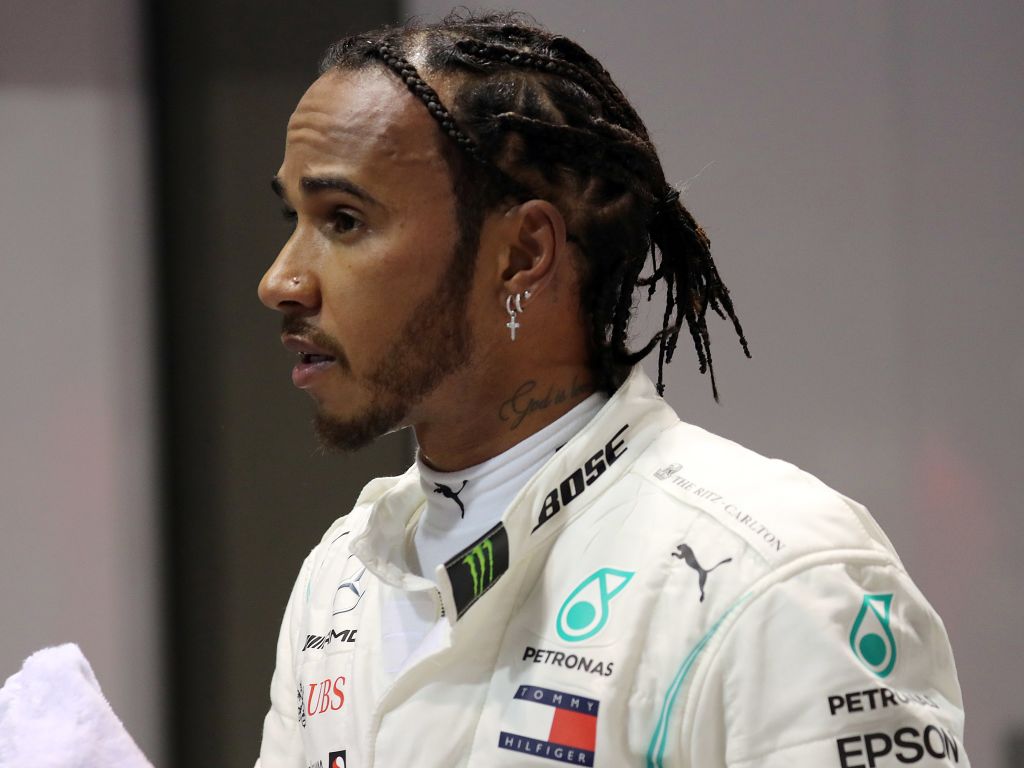 Lewis Hamilton was “grateful” to split the Ferraris in qualifying for the Singapore Grand Prix, but felt his Mercedes team “lost” performance.

Few expected Ferrari to be strong on a high-downforce circuit, but that’s exactly what they were as Charles Leclerc powered to his third-consecutive pole position.

Hamilton was able to split the Scuderia and will start P2 for the race, putting him very much in the conversation for victory, so the Championship leader was “grateful” to achieve that.

“Knowing how the Ferraris have been in other places with high downforce and not been so strong, Budapest for example, then all of a sudden they’ve bought an upgrade here and it seems to have worked,” Hamilton told reporters at the Marina Bay Circuit.

“Of course we were not expecting to have such a strong performance from them and have that deficit to them, but they did a great job. I’m grateful that I was able to split them, only just, but we were definitely lacking pace today.

“[It was] definitely a struggle out there to battle with them and be out there. But I liked how close it was between us all. Hopefully that puts us in good stead for more good fights.”

Another #SingaporeGP front row to add to the collection for @LewisHamilton! He’ll start Sunday’s race from P2 👊 @ValtteriBottas makes it P5 in the second W10.

It’s game on for tomorrow 👌 pic.twitter.com/CvpYsUOB5i

Hamilton admitted that he felt more comfortable with his W10 on Friday than he did in qualifying and actually lost performance.

“The day’s not been that great. Yesterday was a much smoother day for me, today just a little bit harder,” Hamilton confessed.

“I feel our performance was lost a little bit today, or everyone else generally just improved. Q3, the first lap was so-so, didn’t feel so good, we were a second away and it looked like quite a leap to catch them up.

“But yeah, I just managed to pull back half a second in that last run, had a clean run, but still two-tenths down in that first sector which is obviously where it was lost.”