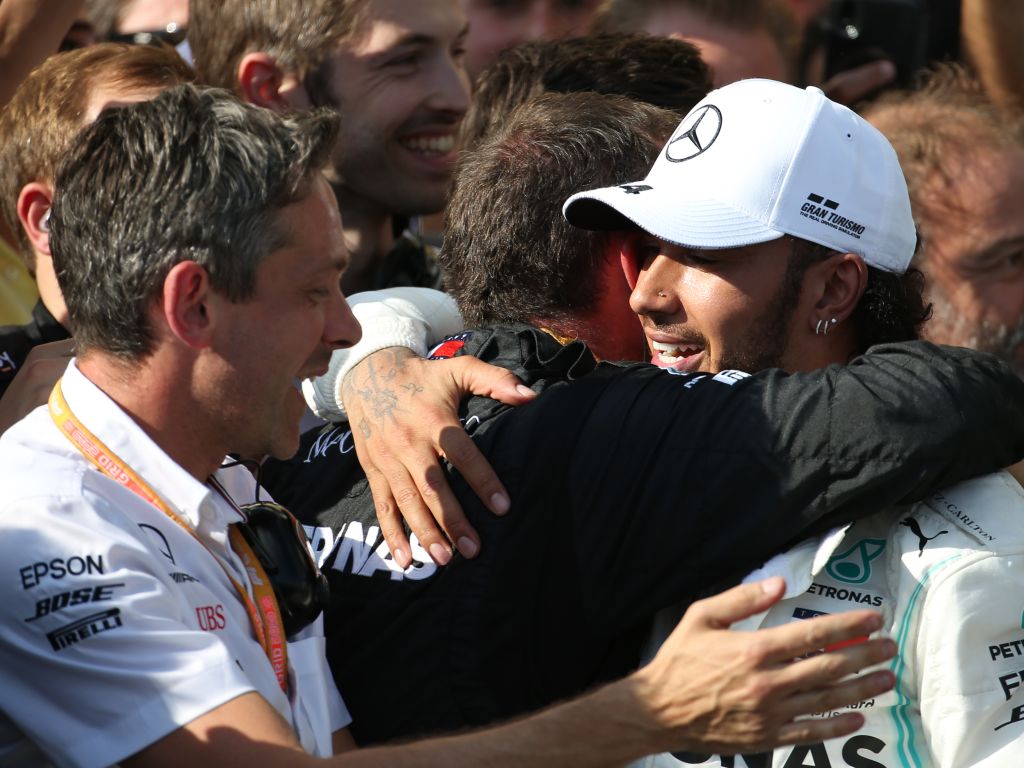 Lewis Hamilton apologised to Mercedes over team radio for doubting the strategy that earned him victory at the Hungarian Grand Prix.

After failing to make his way through Red Bull’s Max Verstappen, Mercedes made the brave call to pit Hamilton for the soft tyres to give him a pace advantage at the end.

The strategy worked a treat as the Championship leader reeled in his rival, eliminating the 20-second gap and passing him with four laps to go before going on to claim a seventh win at the Hungaroring.

Hamilton was very vocal in questioning Mercedes‘ strategy call at the time, but after crossing the line he was understandably apologetic on team radio.

“Sorry I doubted your strategy,” he said. “That was definitely a tall order but I’m grateful we did it. Man, that feels so good guys!”

What a fight! WHAT A RACE!! 🔥 @LewisHamilton wins his seventh #HungarianGP!! YES!! 🙌 pic.twitter.com/4xHAXRSHaf

The five-time World Champion admitted he was “tired” after the race, but also admitting that is “how it should be”.

“I feel tired, which is how it should be but I feel really grateful for the day and the team who continue to push me to the limits and take a chance on me,” he told Sky Sports F1.

“We’ve been together for seven years, but every win feels brand new.

“We had brake problems all weekend, and I was a bit worried, but we made the changes and I was actually doing a lot of lift and coast for half a lap, but I was just trying to save as much as I could.

“It was difficult to get by, the defence was great, and I didn’t know if I could catch that 19-second gap. I just kept my head down, and each lap was like a qualifying lap.

“I know if Niki [Lauda] was here today, he would take his hat off.”