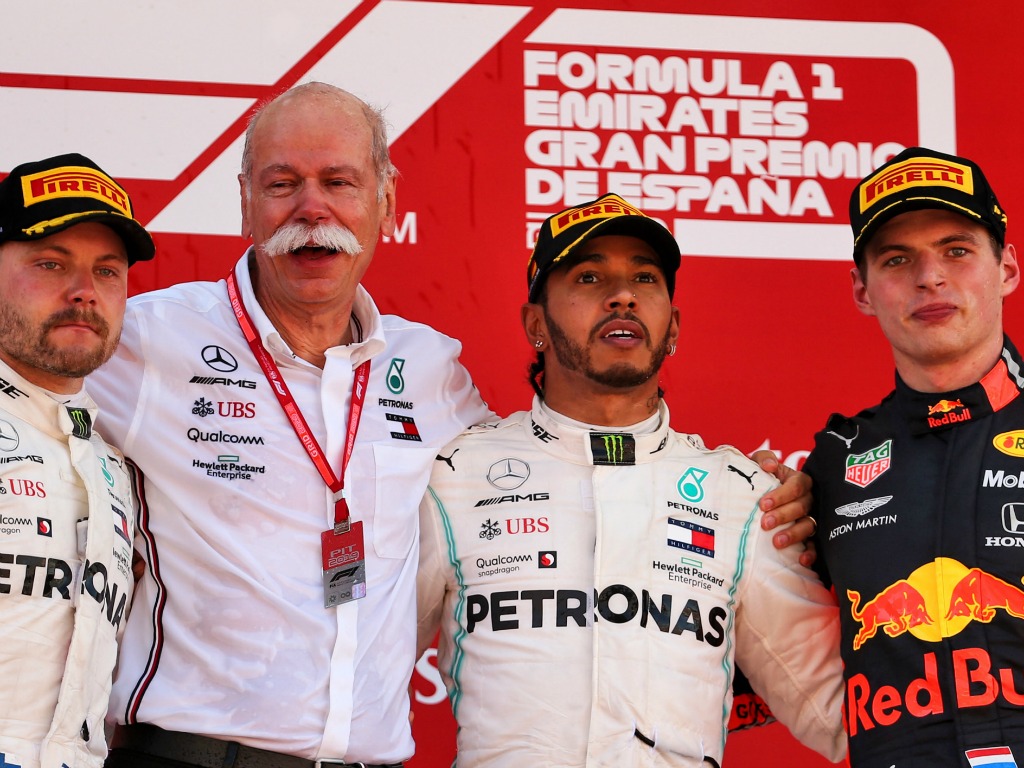 Lewis Hamilton and his Mercedes W10 are back talking to each other again after “settling our differences” in Spain.

Hamilton said on Friday that he felt his Mercedes car felt better back in winter testing at the Circuit de Catalunya and had a huge gap to pole sitter Valtteri Bottas following a scruffy qualifying on Saturday.

But it all clicked into place on race day for the new World Championship leader, who got the jump on Bottas at the start and dominant proceedings throughout the sunny afternoon in Barcelona.

It is Hamilton’s third win in a row in Spain, his fourth in total and Mercedes fifth consecutive 1-2 finish this season with Bottas coasting to second place.

An all-time #F1 record equalled at the #SpanishGP 🇪🇸

And the champ goes back to the top of the standings 👀 pic.twitter.com/E87ulYa5U8

“I have to put it down to this incredible team,” Hamilton told David Coulthard in the on-track interviews.

“This is history in the making to have five one-twos – I’m proud of that and proud of every ones hard work.

“It’s been a hard first four races, it’s a great car and we don’t always get along. We’ve managed to settle our differences and get out well down to Turn One today.

“It was an interesting start – it was close, I saw the red car go around the back of both Valtteri and I, so I had no idea if they were further ahead, and I knew Valtteri would break super deep so I had to look out for that.

“At the restart, we had just done a pit stop so I was trying to keep the tyres warm and to do a fast lap on the fresh tyres – I haven’t had a fast lap all year!”