Home News Hamilton: Singapore ‘the longest race of my life’ 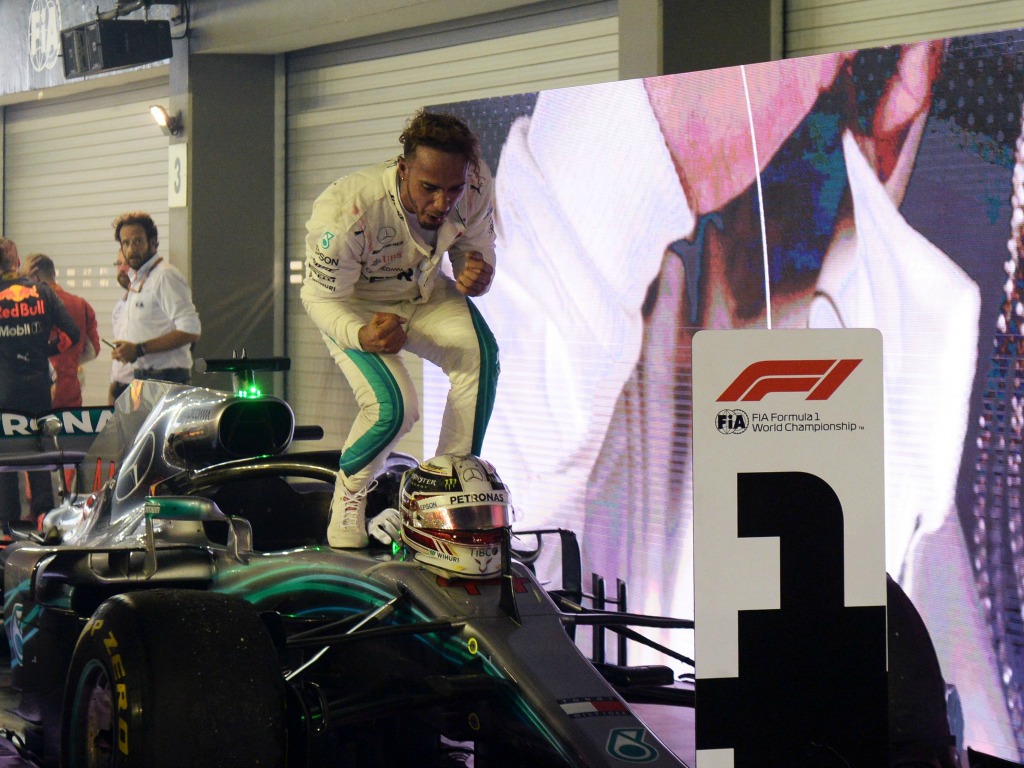 Lewis Hamilton admitted that his victory at the Singapore Grand Prix was “the longest race” of his illustrious career.

The race clocked at just over an hour and fifty minutes in the sweltering heat of Singapore.

The Brit led the race from start to finish, having got out in front from the beginning and he paced the race in his Mercedes.

“I am spent. That was a tough race,” Hamilton said after the race.

“I had such great support here and we had a great start.

“The team have just never given up faith and belief in me and in Valtteri [Bottas] and in our ability.

“This is a real blessing, it was a long race. That felt like the longest race of my life so I am glad it is over.”

The only time that the four-time World Champion came close to losing the lead of the race was when he came through the back markers.

Hamilton had to back out of it down the Raffles Boulevard as Romain Grosjean and Sergey Sirotkin were battling in front of him.

He then had to defend from Max Verstappen down into Turn 10 as the Dutchman tried an opportunistic move.

“I think I was a little bit unlucky with the traffic,” Hamilton added.

“These guys were moving around, it was quite difficult to follow.

“I think Max probably was a little bit lucky at what point on the track and the guys won’t let me by so jeez, it was close.

“My heart was definitely in my mouth for a minute but once I got clear of those I was able to put the pedal down and pull away.”

The Brit was also surprised at how the Ferrari challenge fell away on race day in Singapore.

“I mean they put up a good fight this weekend,” the four-time World Champion added.

“I am not really sure where their pace disappeared to but as I said, I am just grateful for everyone’s hard work.

“And the fans here, there are a lot of British flags, who came out to Singapore. Thank you guys, love you. Team LH all the way.”

Hamilton now has a 40 point lead in the Drivers’ Championship from Sebastian Vettel.