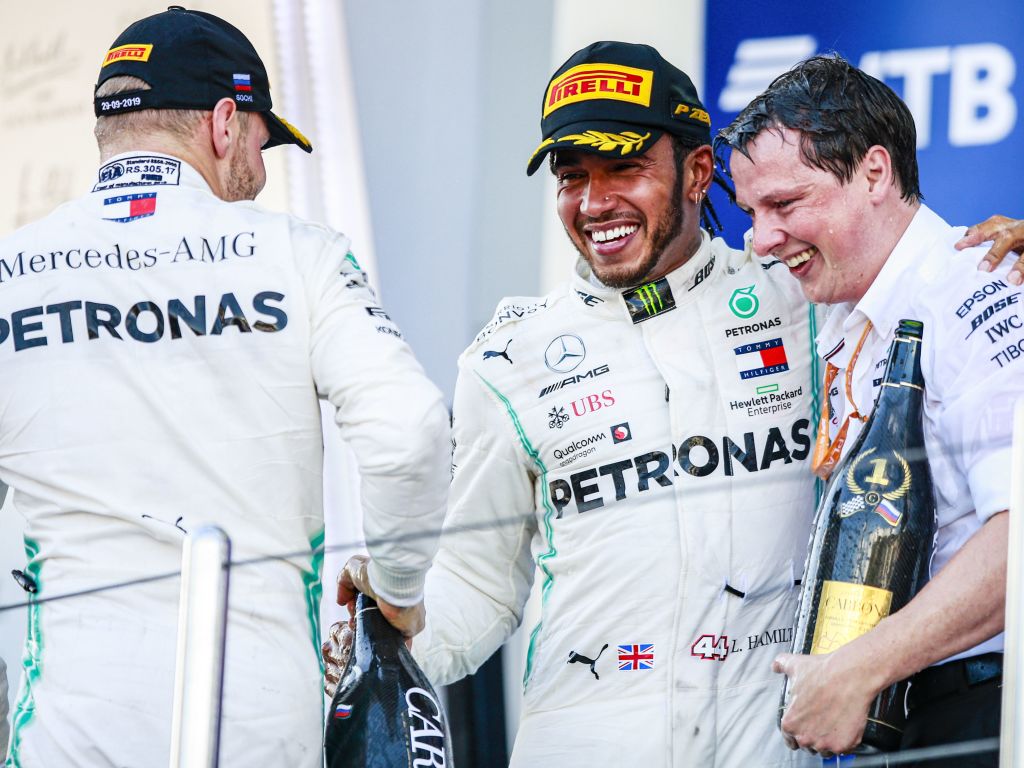 Lewis Hamilton remains firmly on course to secure his sixth Formula 1 world title despite Ferrari’s resurgence over the past few races, and is rightly the betting favourite to do so.

Read on as we assess the latest state of play in the drivers’ championship ahead of the final six races of the 2019 F1 campaign.

Charles Leclerc was clearly miffed after being beaten by Sebastian Vettel at the Singapore Grand Prix and the growing rivalry between the two drivers could work to Hamilton’s advantage.

Vettel won in Singapore after pitting a lap earlier than Leclerc, with Ferrari going against its usual policy of bringing in the lead car first.

Leclerc made his feelings known to the team over the radio, prompting Vettel to have a not-so-subtle dig at his teammate after the race.

With the pair now looking capable of winning races, it lessens the chances of one or the other mopping up maximum points during the rest of the season.

Mercedes secured a 1-2 in last season’s Russian GP and they will fancy their chances of repeating the trick on September 29.

Hamilton and Bottas struggled to match the pace of the Ferraris in Singapore, but with a week to regroup they should be much stronger at Sochi.

The reigning world champion has won three of the last five races in Russia, while Mercedes have claimed top spot five times during the same period.

The improvements Ferrari have made in recent weeks have certainly been impressive, but Hamilton’s team are unlikely to be resting on their laurels over the next couple of months.

Brit flyer will make it six

A strong showing in Russia would set Hamilton up perfectly for the remaining five races of the campaign.

Japan is next on the agenda on October 13, with the Mexican GP taking centre stage two weeks later. The United States GP takes place the following weekend, while Brazil will host the penultimate F1 race of the season on November 1.

Hamilton is fully expected to have clinched the title before the season-ending Abu Dhabi GP takes place on December.

He won four of the last five races in 2018 and anything close to that sort of success will see him cruise to the championship once again.